Another Paddle down a section the Dean Water 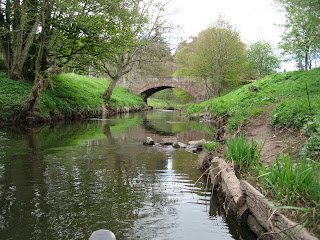 Another paddle down a section of the Dean Water in Angus. We put the canoe into the water just downstream from the bridge over the A928. Almost immediately there were signs of beaver activity. Many were probably at least one year old, but some were recent.
The local anglers exceeded the beavers by far in their cutting back of willows. To such an extent, I thought, that they might easily deprive the beavers of their winter, and much of their spring, rations. Not so great for the fishermen either, at least not for the fish, who will lose out on the productivity that the willow would have brought. 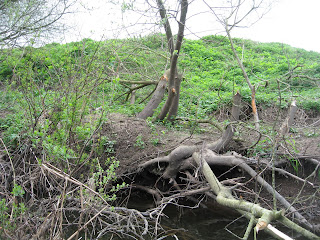 Here is one of the places where the beavers had been at work in quite a concentrated way. Perhaps there is a burrow in the bank. I didn't notice it when I was taking the photograph, but it looks very likely as I look at the picture. 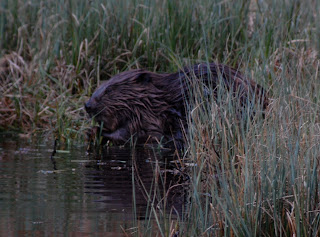 At home again, I went down to the Big Pond, a cold north wind was blowing, so I went to the south end of the pond and set up my telescope. Eventually this beaver appeared and I set up the digiscope. 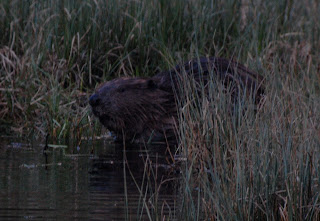 I took a number of photographs, of which these are the best and have been cropped because I had not set up the telescope quite centrally to the beaver. 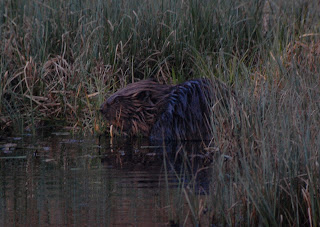