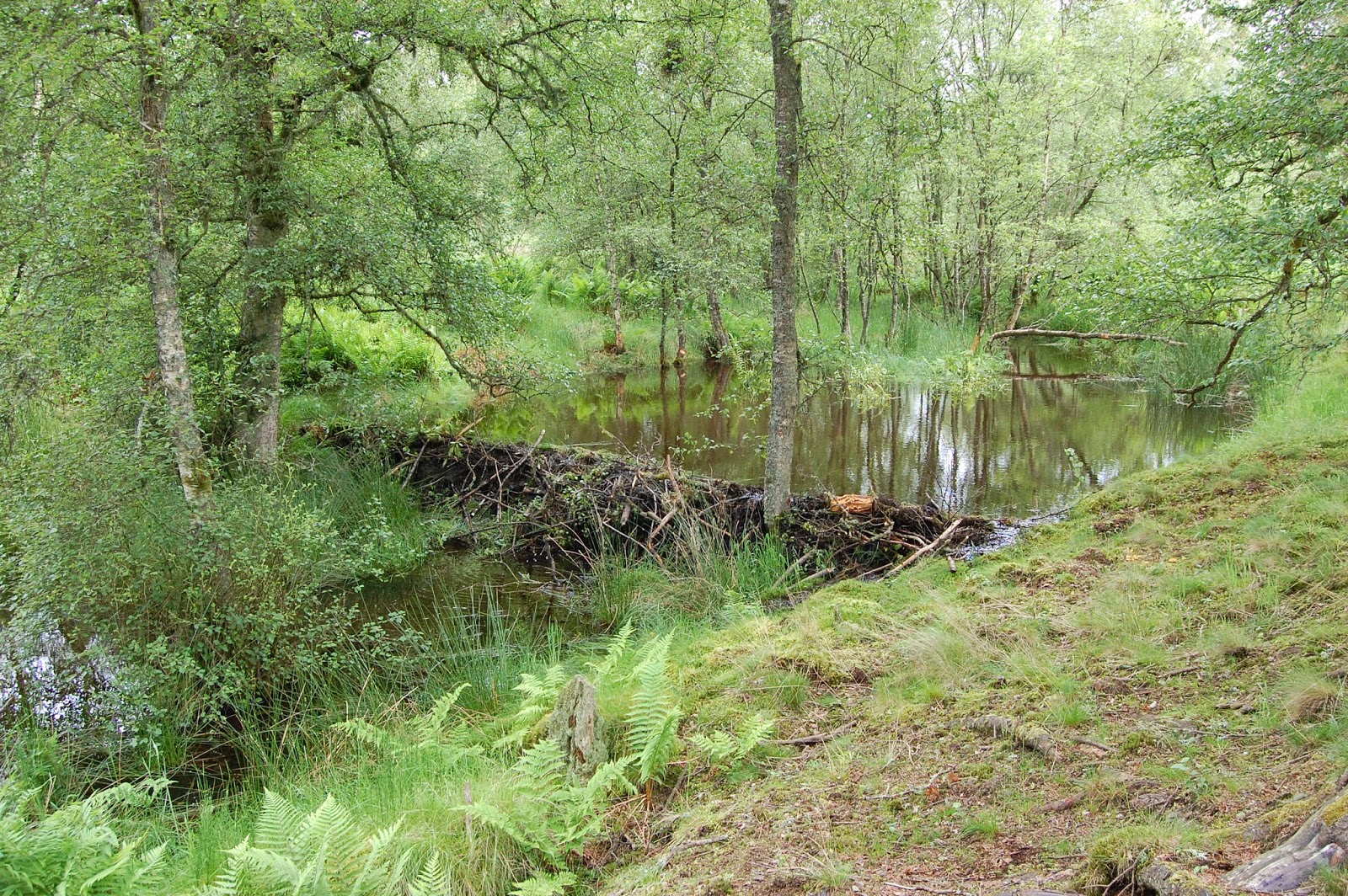 One of the new dams down the drive at Bamff.

The Flight of the Bumblebee

High summer: the longest day is past and the first cuts of grass for silage have been taken. I see the lengthening candles, the leading shoots, of the Scots pine giving a golden cast to the distant plantations on the Bamff hill. As I walk about I notice that ribwort plantains are in flower. 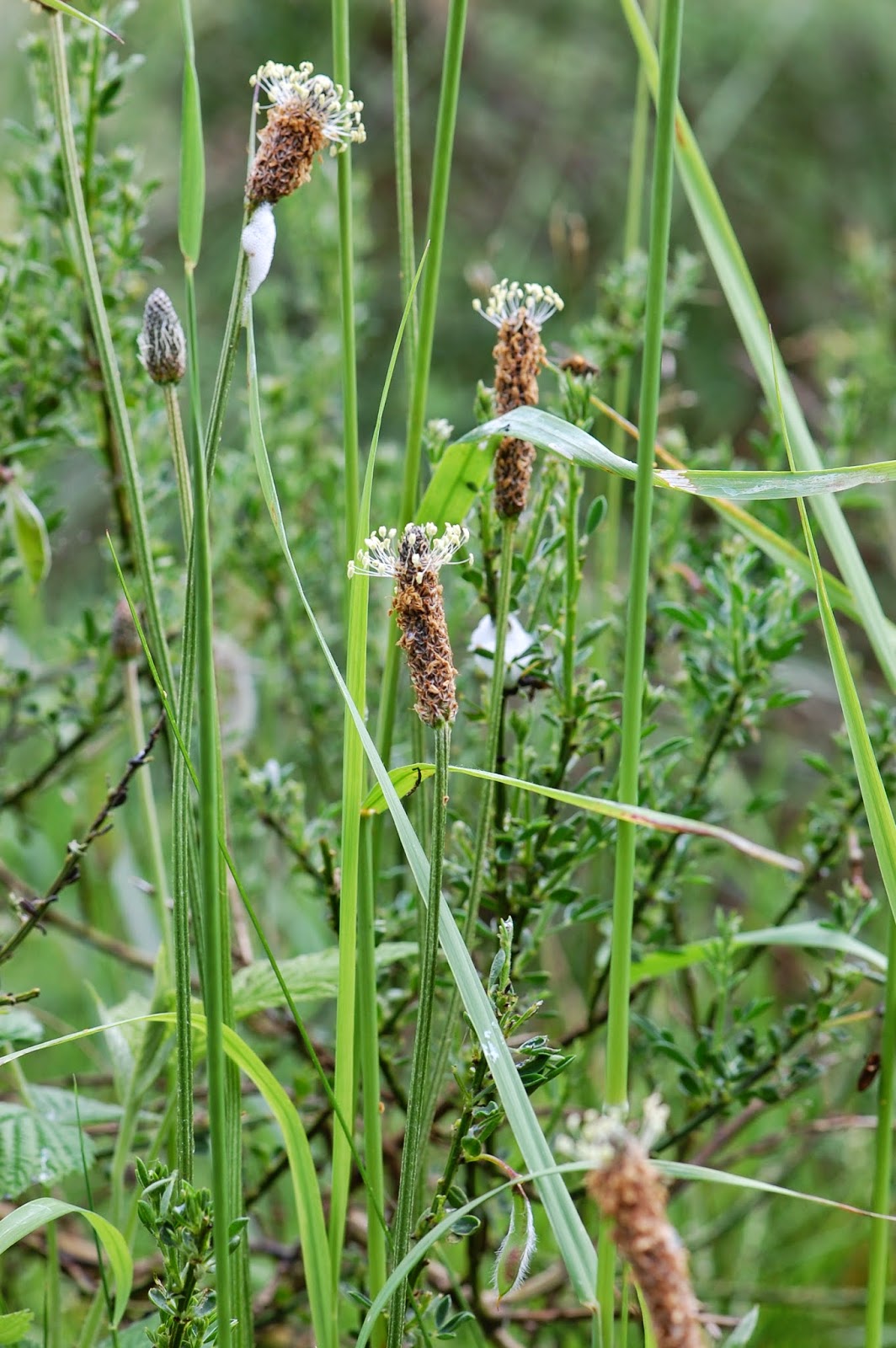 Down at the roadside by the Steffort corner there are tall purple flowered comfrey plants. They have attracted bumble bees of several species: the air on a warm day buzzes with them as they forage. I enjoy watching and trying to photograph them. Bumblebees are surprisingly difficult to catch for a shot, as you want them showing their whole body while they, most of the time, are busy sticking their tongues down the flower to get at the nectar within. Their bodies, then, are usually bent and partly invisible to the photographer. A bee checks a flower: no nectar there (that one has been visited by another bee recently); off it goes to the next flower, rejecting others on the way. Often it is possible to photograph the head and thorax, but not the lower part of the abdomen (or the other way round). To the beginner in bee identification the whole body is important because a bumblebee with a white tail may not be a white tailed bumblebee (Bombus lucorum): there are other species with white tails, but differently striped thoraxes. Well, there we go! When you get a good shot of a crisply focussed bumblebee in flight, amid a forest of softly focussed green vegetation, you have won a rich reward. 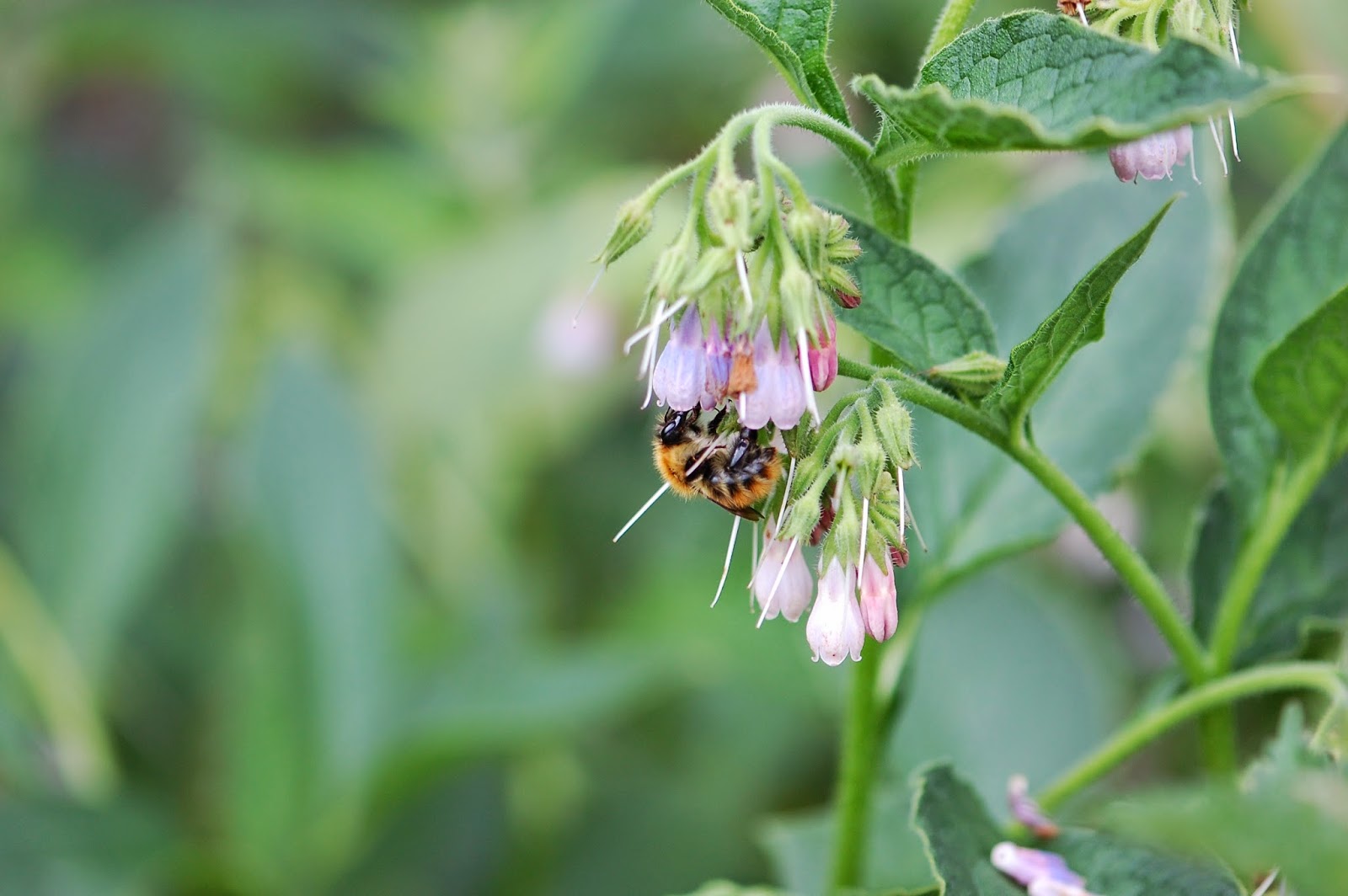 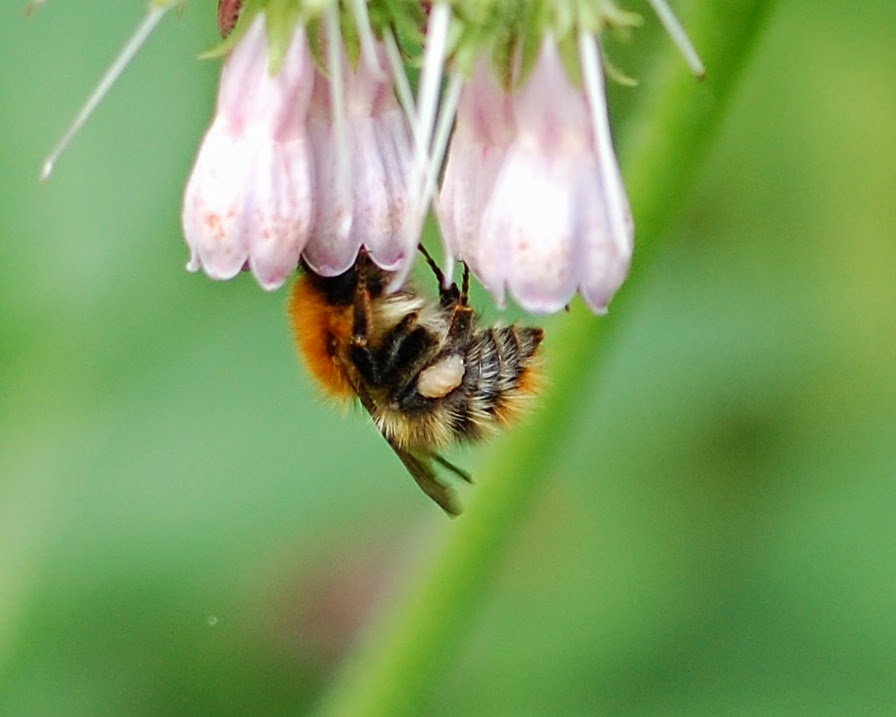 It was interesting to attend the open day at Rosemount Farm recently. The managers had set up fine, big polytunnels for exhibitors’ stands, so there was shelter from the sudden thunderous showers that soaked folk at the Alyth Gala.

Angus Fruit Growers, had a stand that focussed on the importance of bumblebees for their enterprise. A ventilated box containing buff-tailed bumblebees (Bombus terrestris) was on show. The occupants are released into polytunnels in spring to pollinate the flowers of the strawberry or raspberry plants within. Farming bees for use in growing raspberries and strawberries has become big business. Many of the bees used are imported from Slovakia: like the students who come to pick the fruit, essential immigrants.

Going back to the plantain, I see that research carried out in the Swedish Åland Islands, over the last twelve years, has shown that ‘isolated, fragmented ribwort populations were more frequently infected with powdery mildew than were well-connected ribwort populations’((http://www.the-scientist.com/?articles.view/articleNo/40227/title/Fragmented-Landscapes--More-Outbreaks-/). Fragmentation of habitats makes many diseases worse.

Such fragmentation is manifest everywhere you go. A recent walk along the Seaton Cliffs outside Arbroath reminded me of the fact of fragmentation of habitats in our countryside. A few yards of cliff head with path: beyond that, inland, as intensive arable cultivation and soft fruit growing in polytunnels as you could find anywhere. Beside the path the hogweed buzzed with bees and the air was thick with the cries of the kittiwakes. Were the bumblebees taking time off from the polytunnels to remind themselves of the taste of the nectar from other species, or were they just locals out for a buzz?

The forgoing was my article for July's number of the Alyth Voice.

I came across this link earlier today. It emphasises the dangers of the international trade in bumblebees from the point of view of the spread of disease. 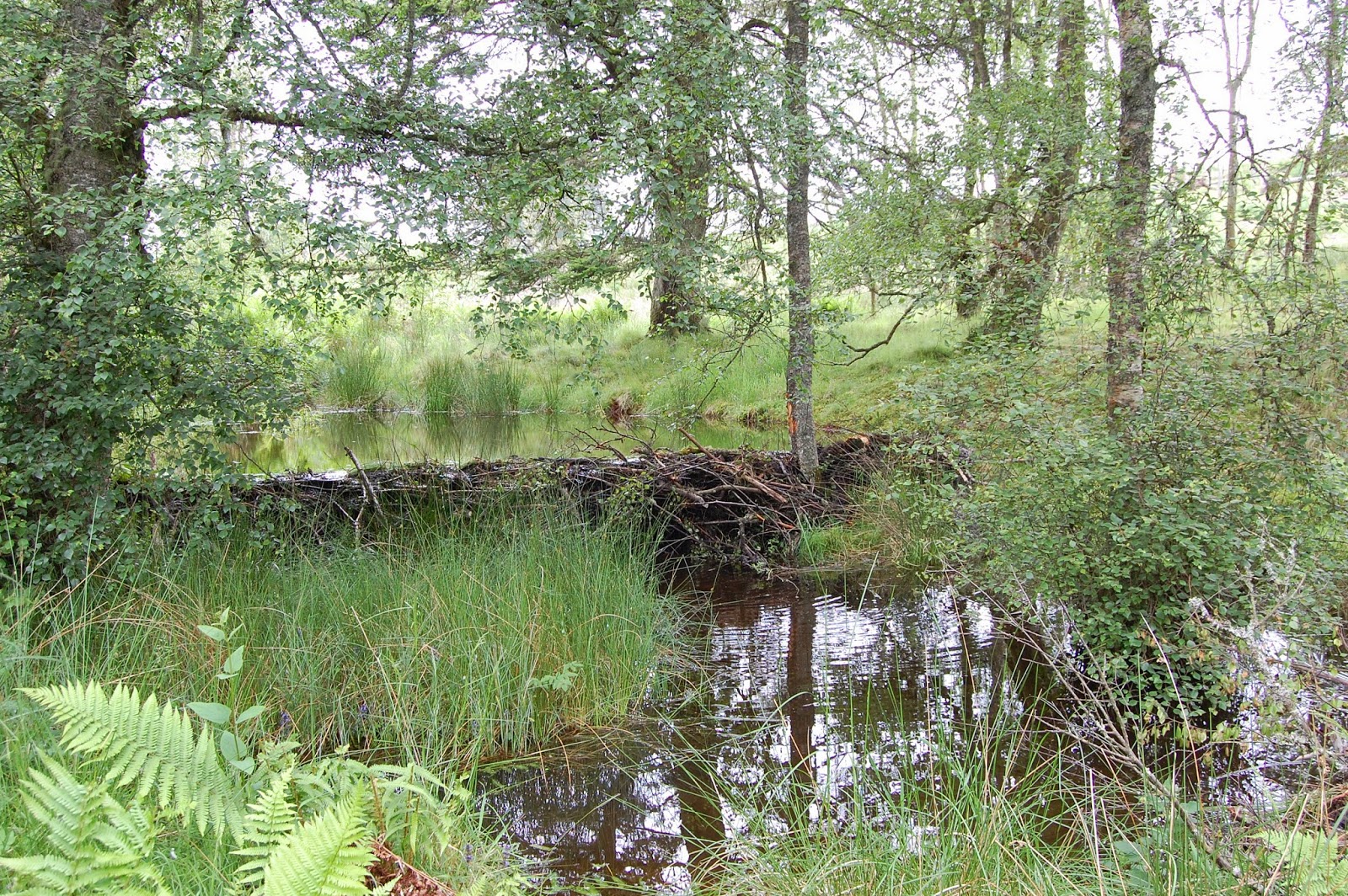 I am delighted with this new dam on the east side of the drive to Bamff House. 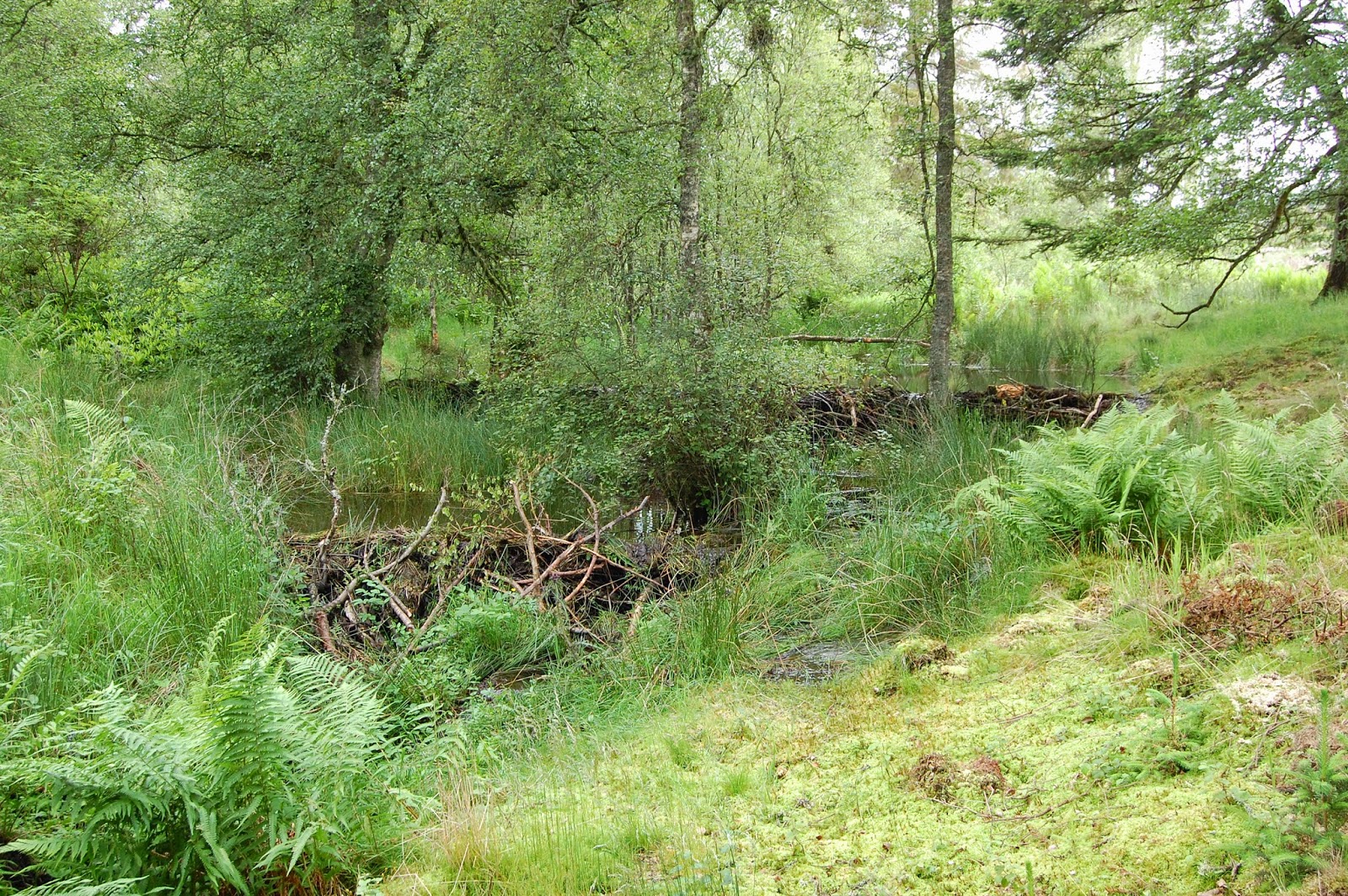 And this one a little further down stream. 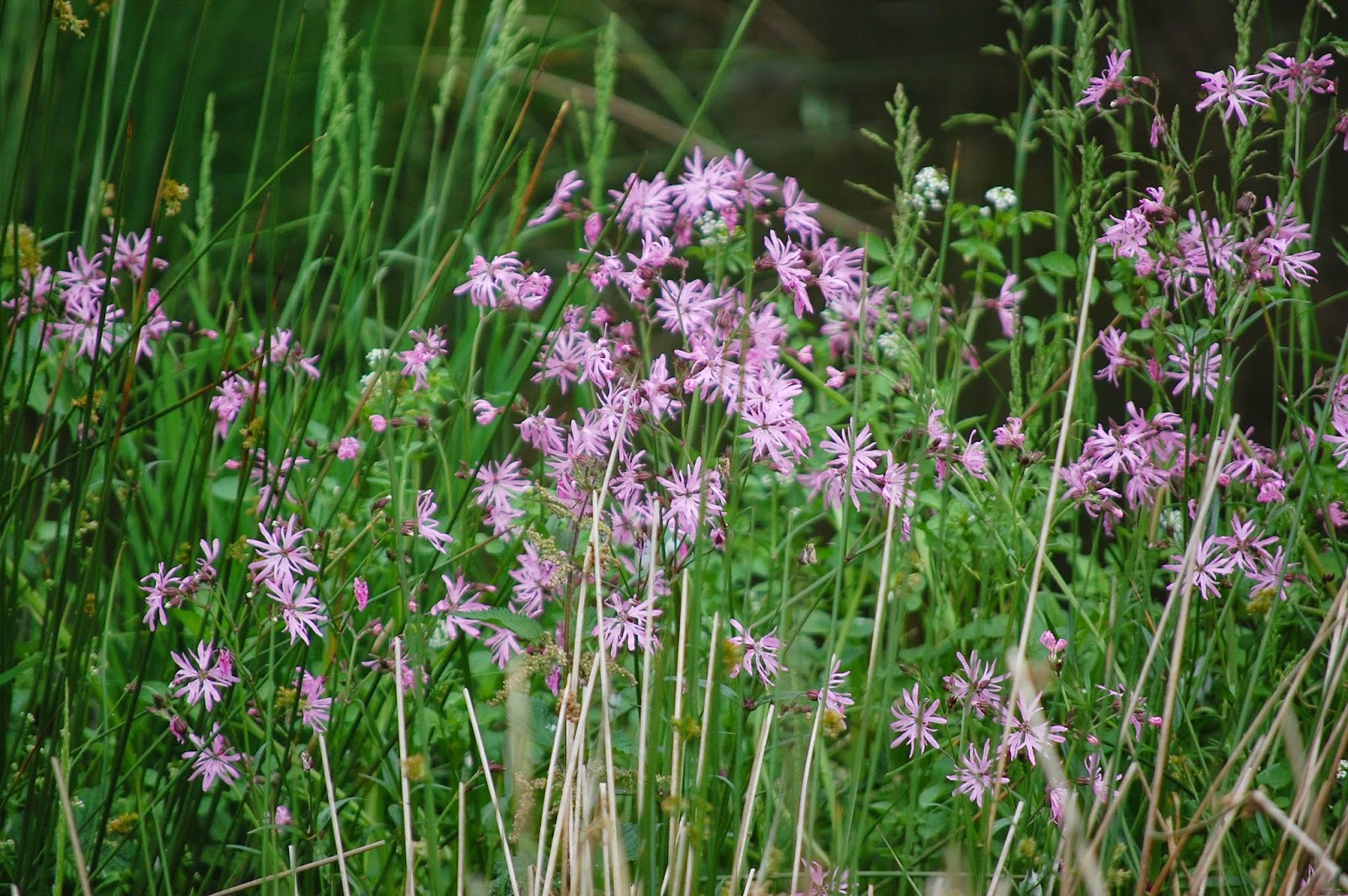 The Ragged Robin is out now. 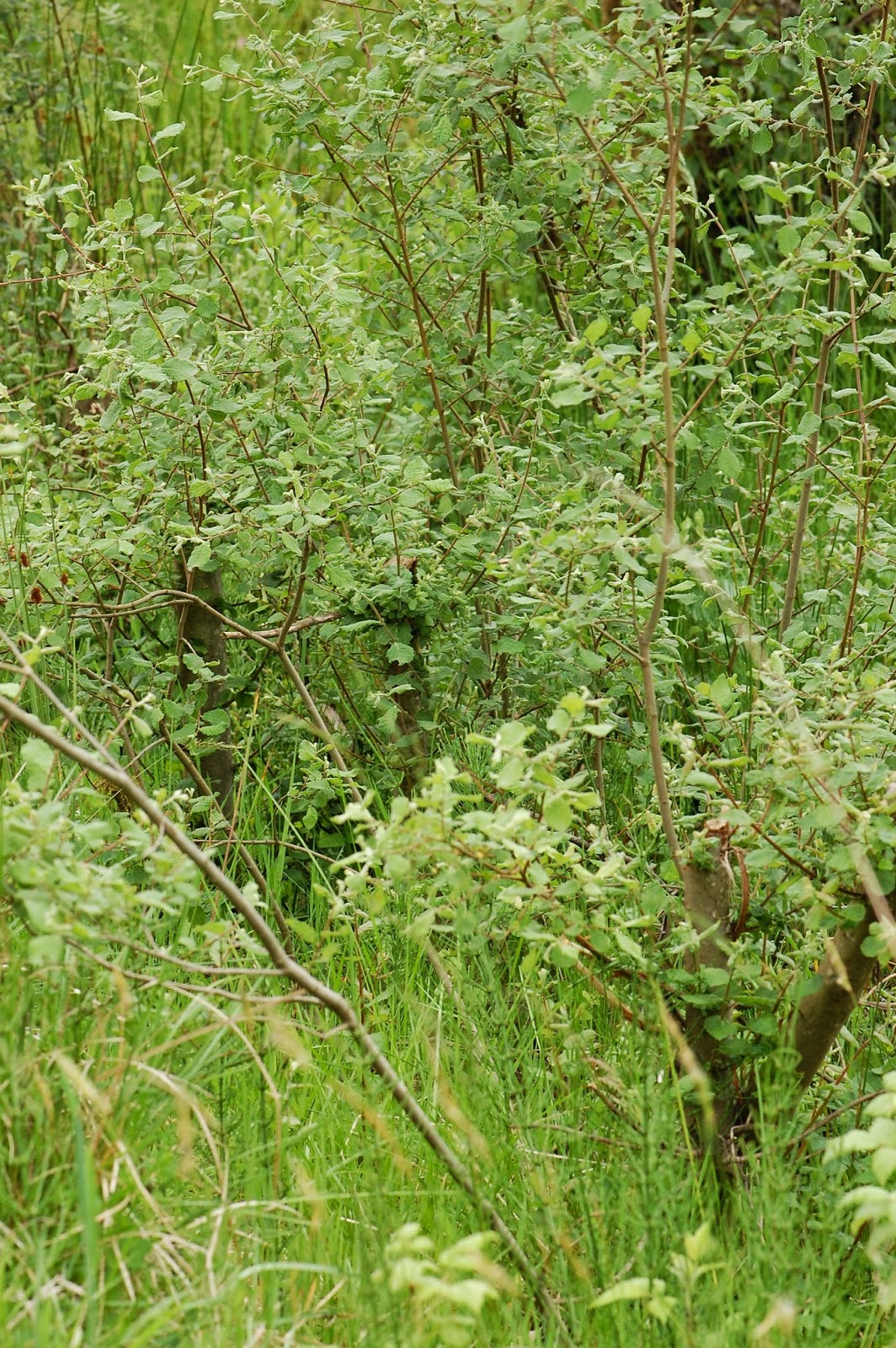 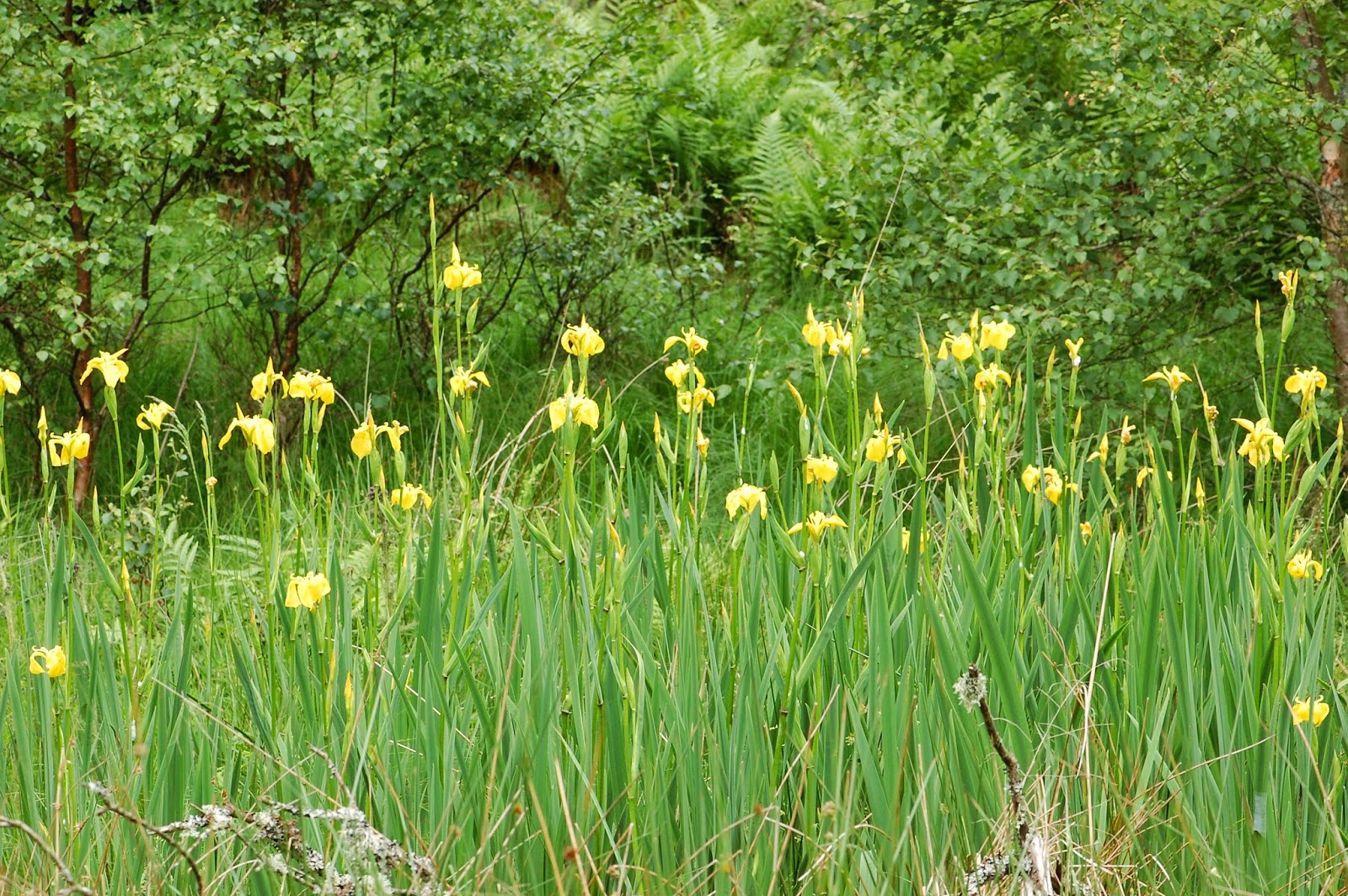 And the iris. Hurray!

It was good news to learn that the RSPB are keen to see the beaver restored to Scotland.

Not before time, I think, for them to come out into the open.