As I walked along the ditch to visit the Wet Wood one day in July, or so, I noticed that the beavers had built a fine new dam. I thought little of it because there were no signs that water was seeping up into the field to the south. 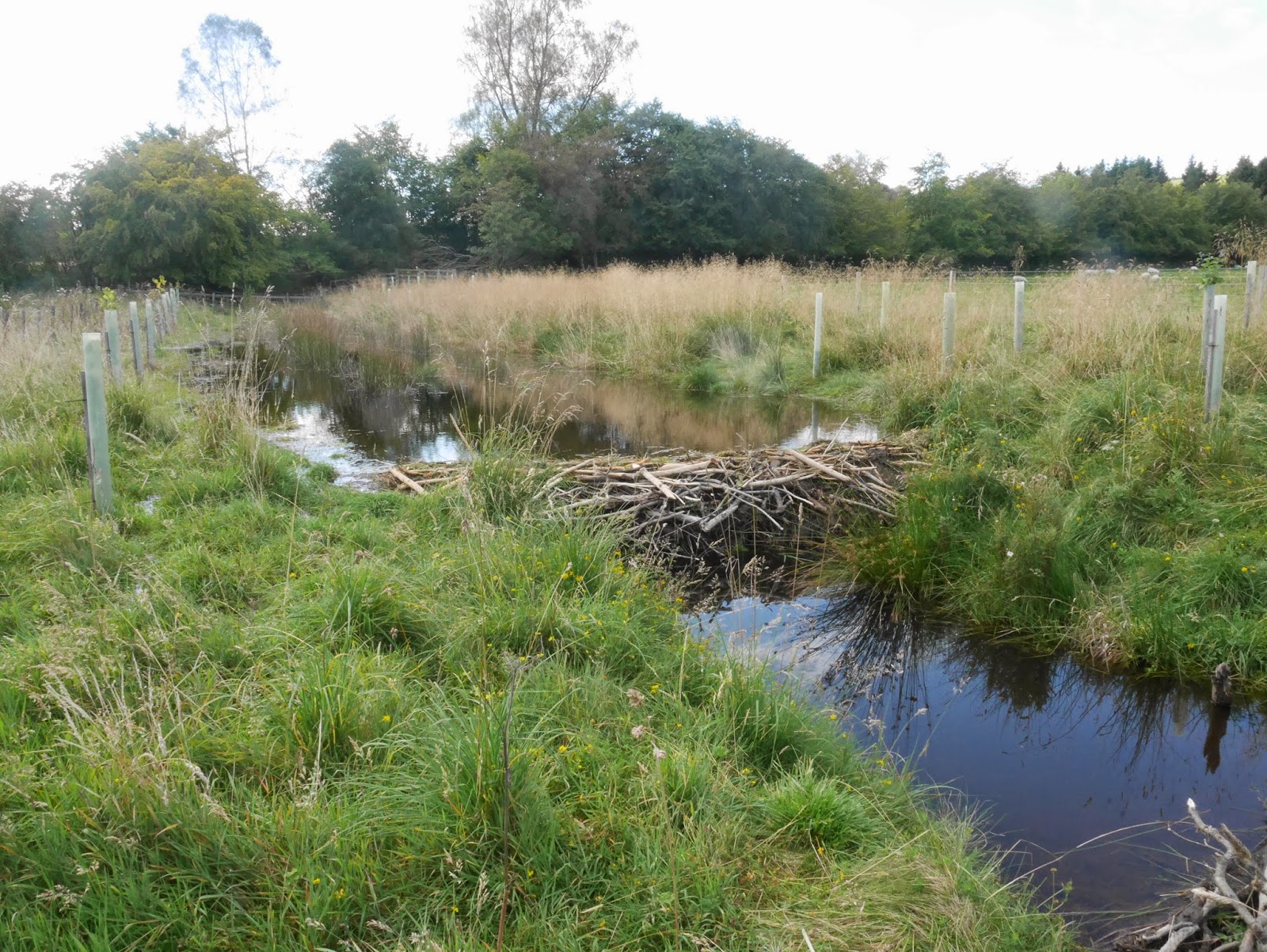 Some weeks later, however, I noticed that the dam had grown and that the endrigg of the field to the south (the Ladyswell Field) was flooded. What to do? I must ask Lush (Lewis Smith) to come and build a pond leveller. 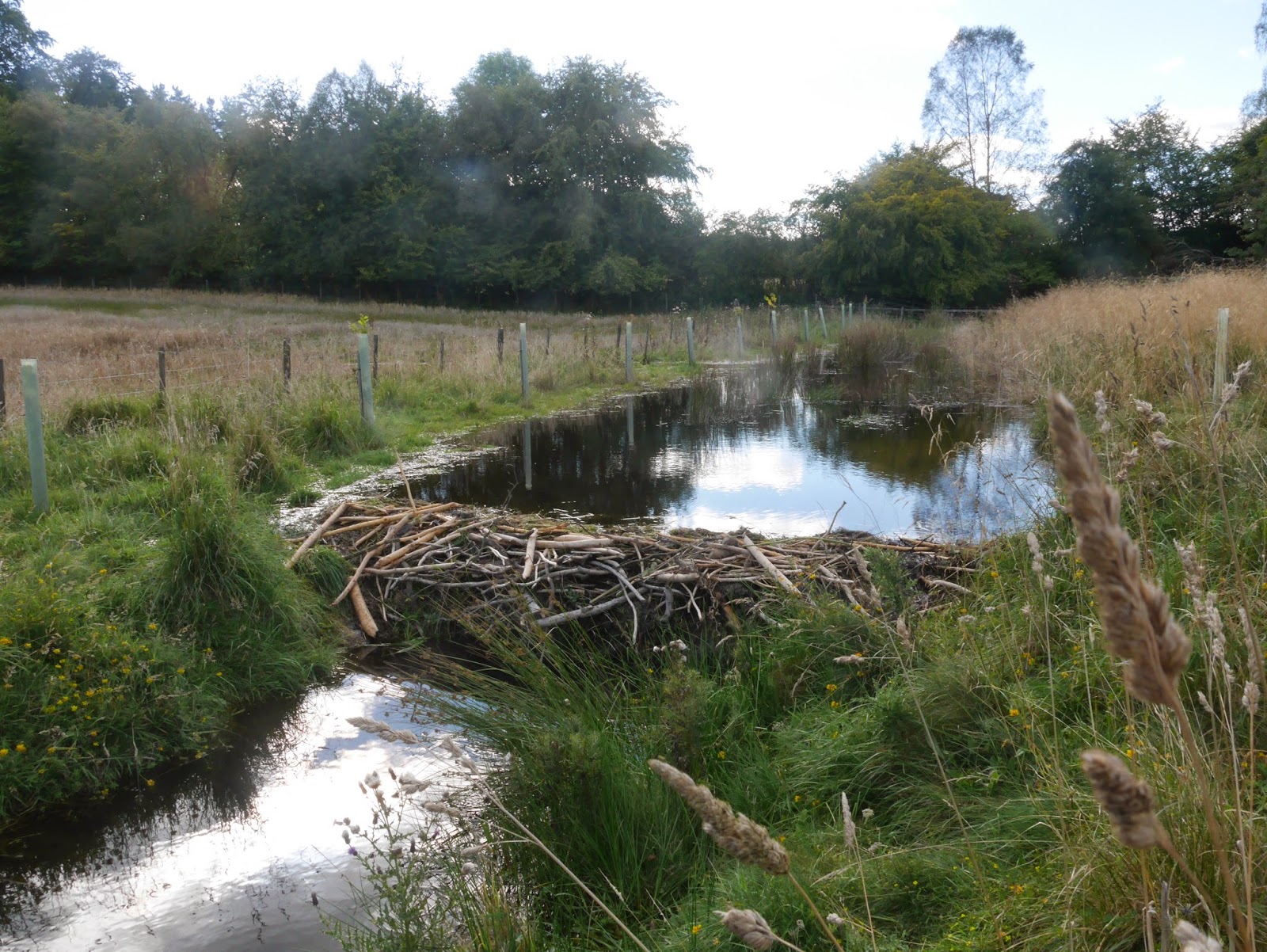 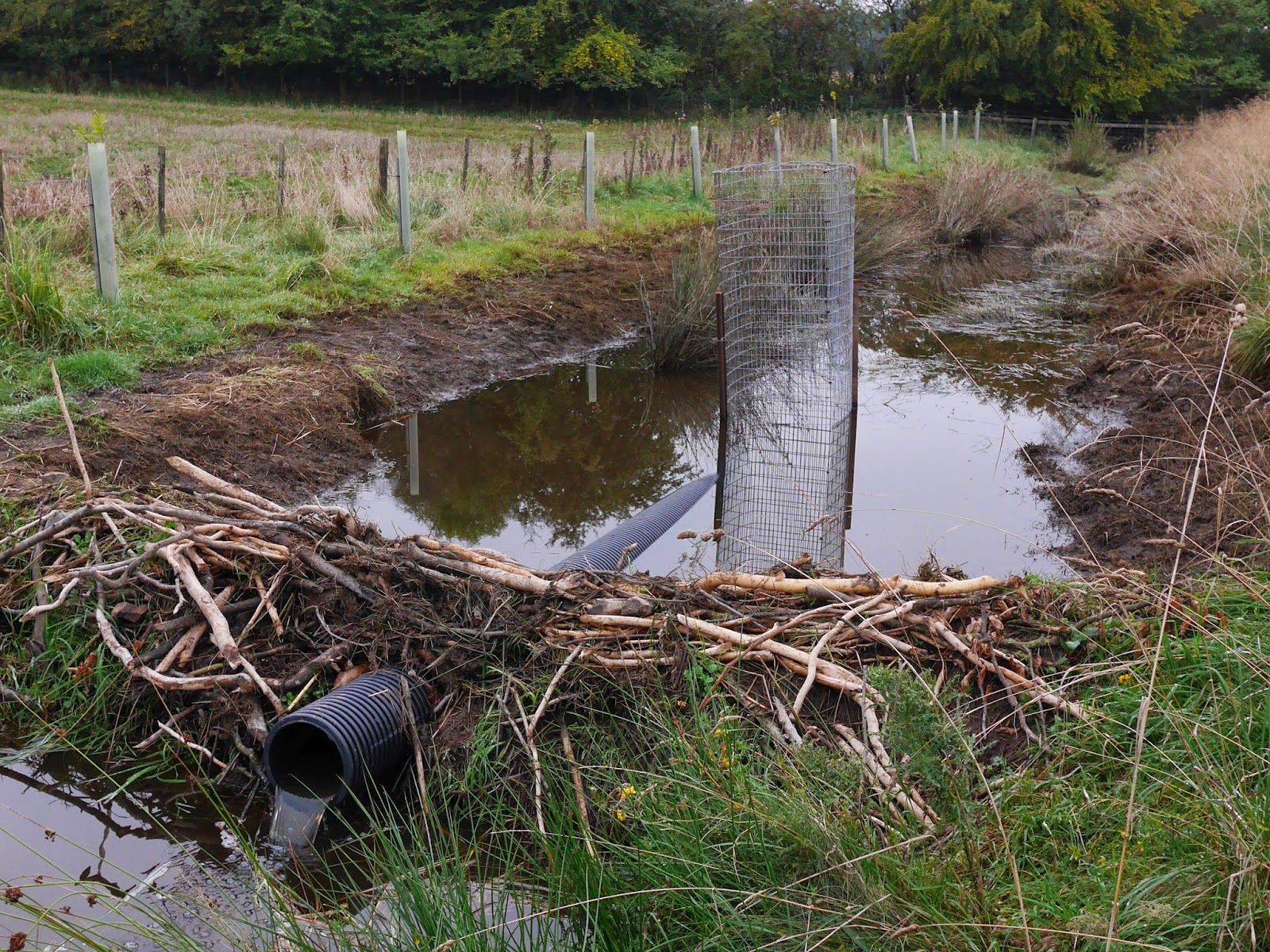 Lush was busy for a week or more, but he came last week and inserted this pipe and his trademark tall wire cage to protect the inlet of the levelling pipe.

What will the beavers do next?

Summer is past and not a post since June. It must be time to try and make up for this dereliction.

With the coming of autumn beavers become especially active. More of this later because there is some catching up to do.

On the 14th August a team from the Tay Salmon Fishery's Board, led by Dr. David Summers came to carry out electro-fishing in the Burnieshed Burn. They were accompanied by Drs. Nigel Willby and Alan Law from Stirling University and Sean Dugan from the Freshwater Fisheries' Laboratory at Faskally. 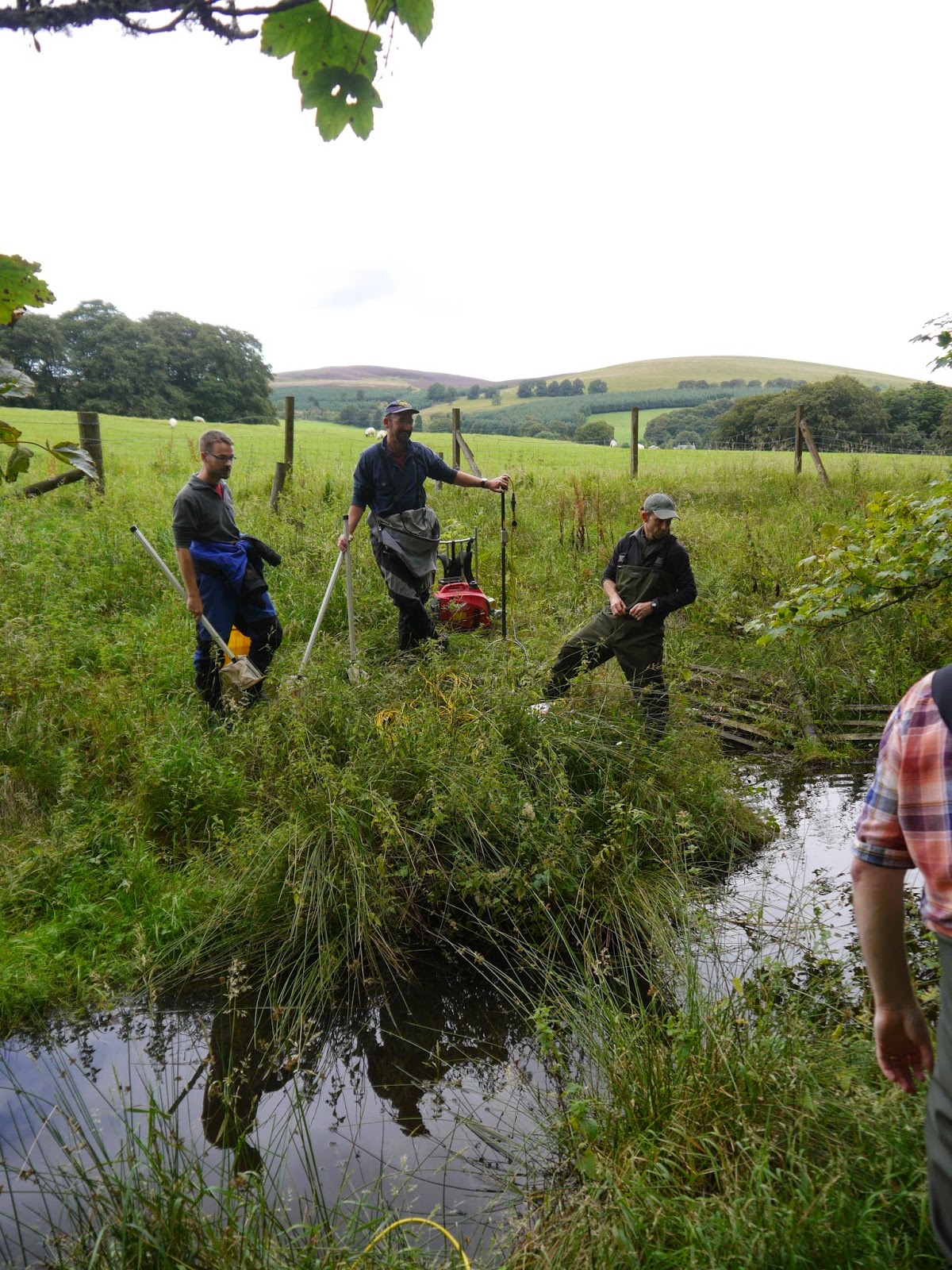 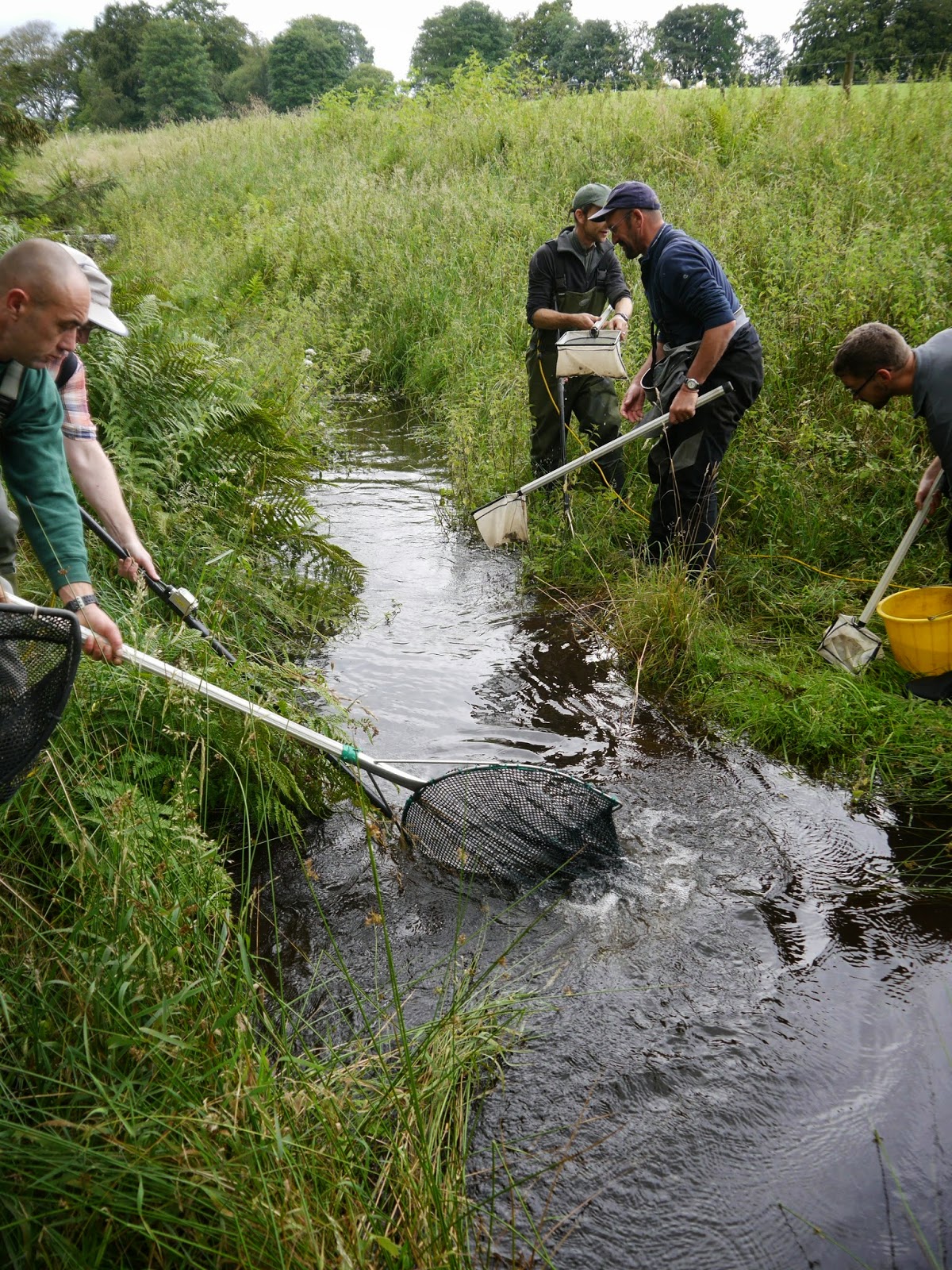 We noticed that wasps were benefitting from the sap exuding from a freshly gnawed birch: evidence of the way in which beavers and other restored species can return a long forgotten dynamic to the environment. 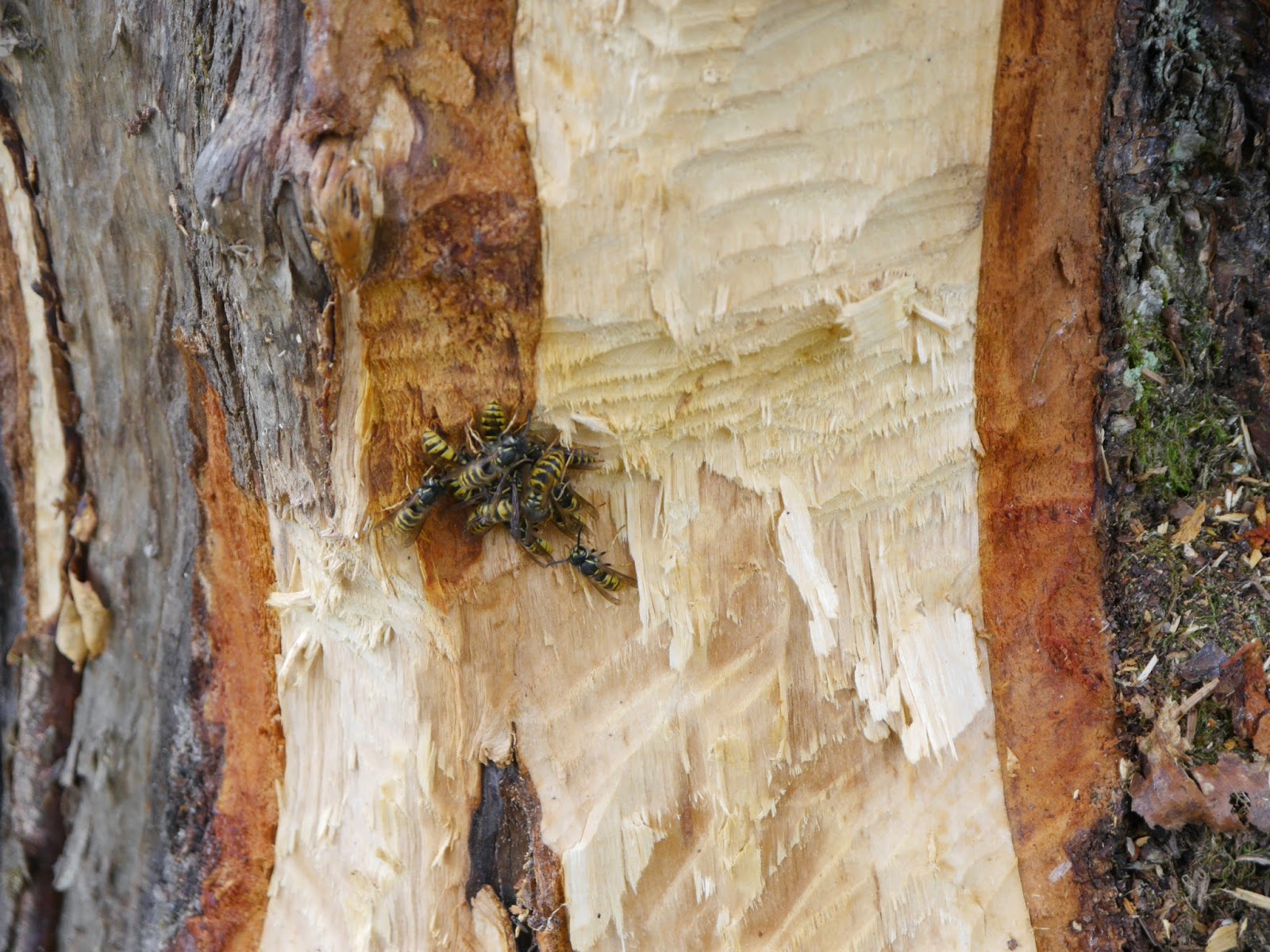 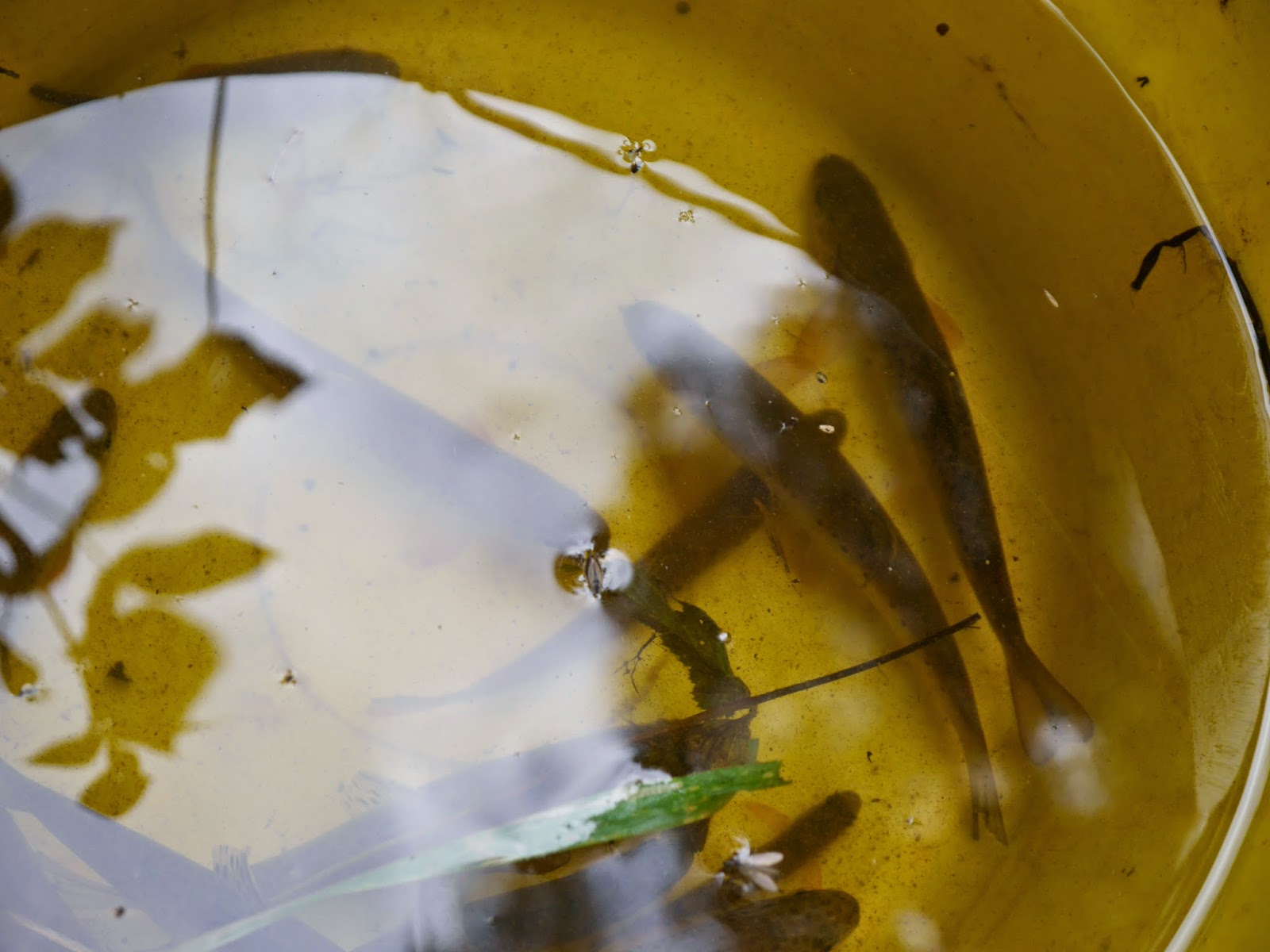 A few of the captured trout in a bucket. About sixty trout were caught. Little trout inhabited the running waters of the burn and some bigger fish lived in the slow moving pools, created by the dams. The biggest trout caught weighed a little over 1kg. 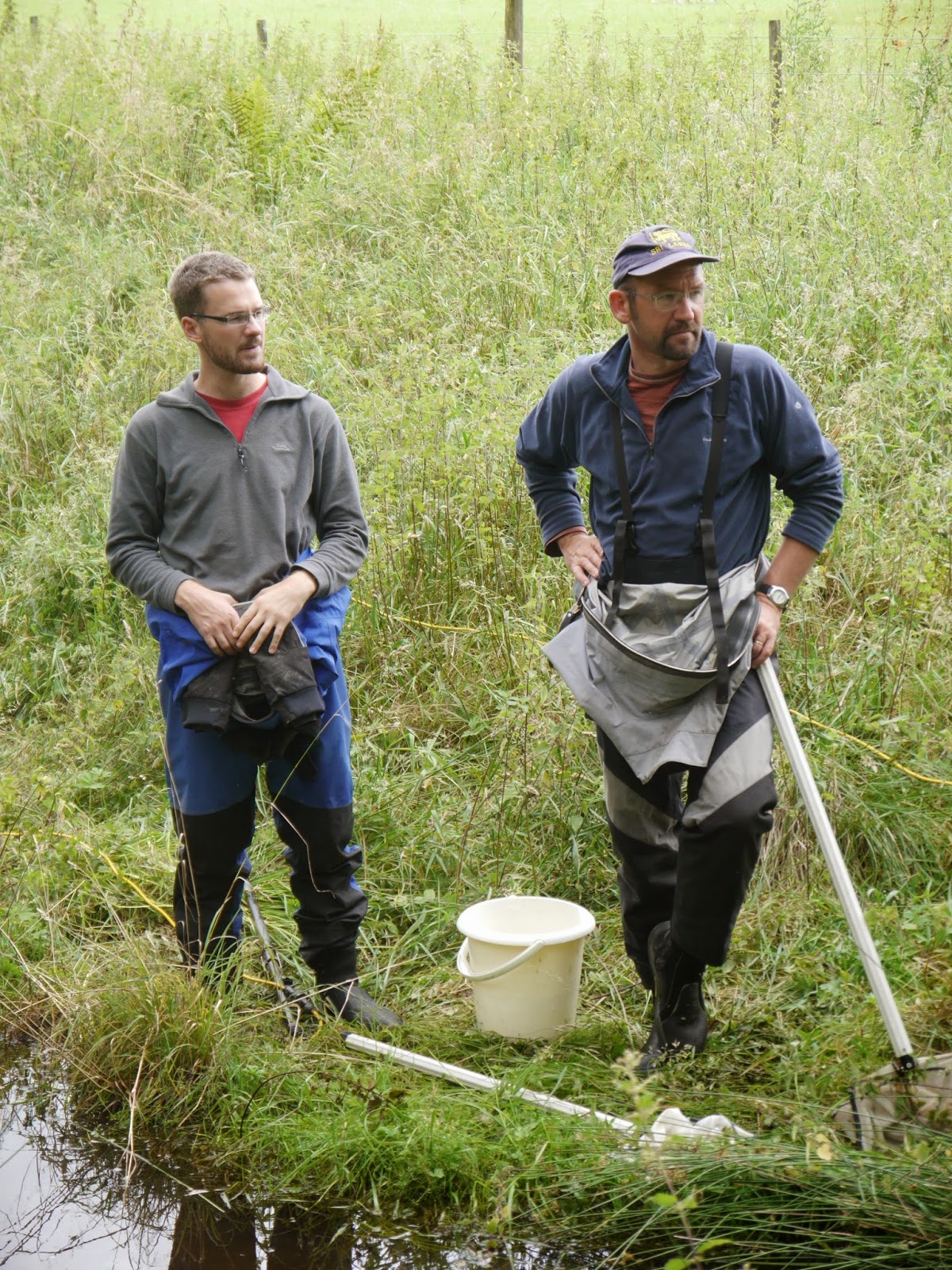 
This takes me on a little. Walking to the Wet Wood one day this dragonfly landed on my left hand. I managed to photograph it, but have no idea to which species it belonged. There are small orange patches at the base of the wings. 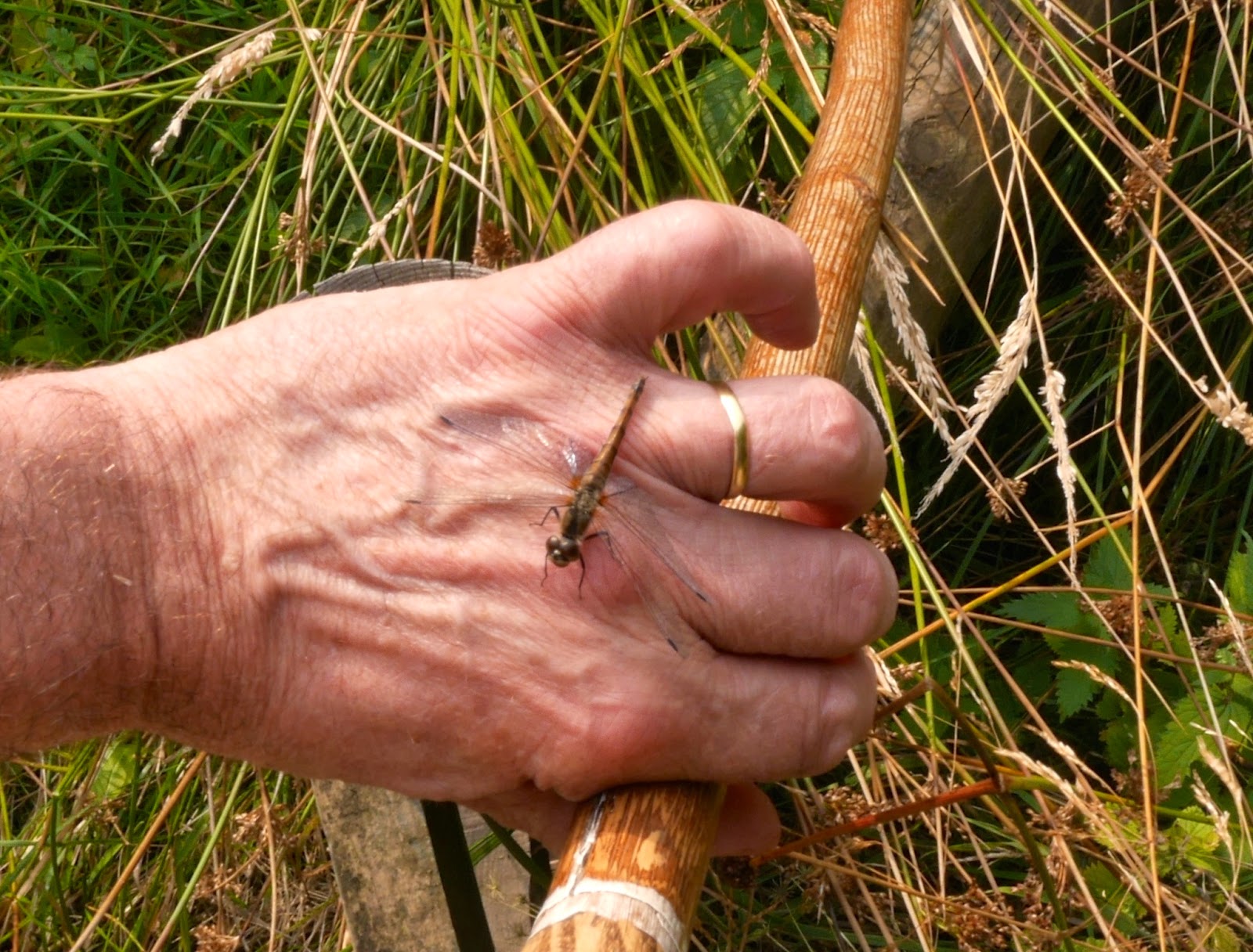 The crumpled and folded piece of paper below shows the impact of beavers at Bamff since they came here in 2002. Monitoring of the vegetation started in 2003. Between 2003 and 2014 the number of species of plant in the areas where they are active has nearly doubled. Think what this is doing for biodiversity! 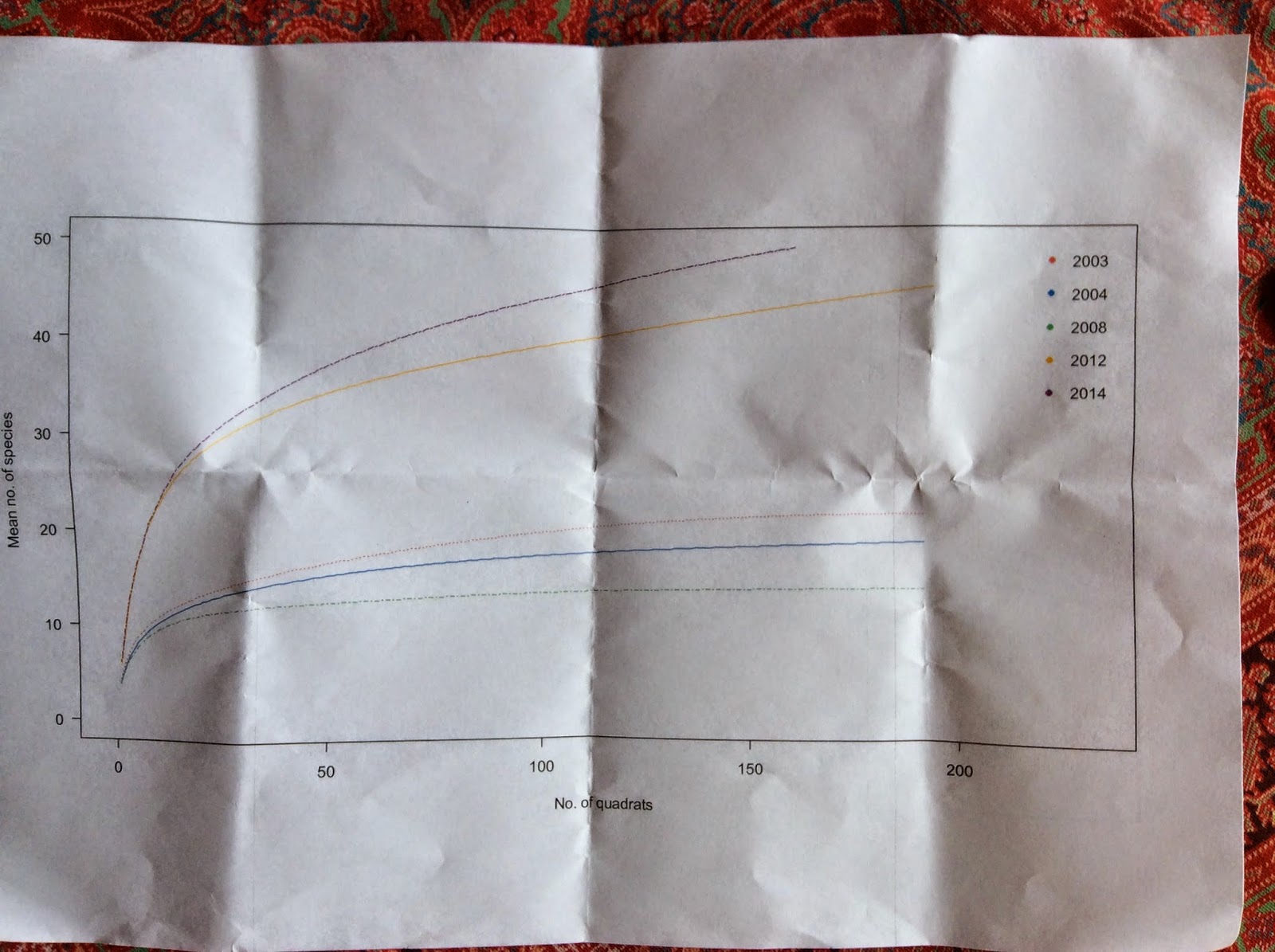