Out for a walk yesterday evening and the evening before that, Louise saw a couple of beavers out swimming in the pool east of the drive. It was half past four in the afternoon and dusk was gathering. 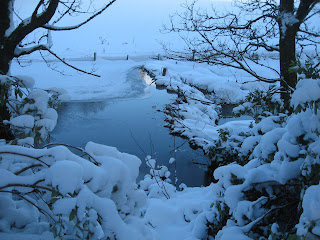 The campaign for the free beavers in the Tay rolls on. It would be extraordinary if they were to be captured and removed to face imprisonment or death at the hands of legalistic authorities. The last beaver to be caught in Scotland, so far as I know, was the creature that landed at Tentsmuir Point and went to live in the Morton Lochs. Its presence there upset the neighbouring landowner, Johnnie Foster, and was captured in due course. After a stay in Edinburgh Zoo this beaver was taken to a wildlife centre in England whence it escaped and is said to be living in the Thames. Good luck, beaver! Perhaps you will be joined by others in due course. 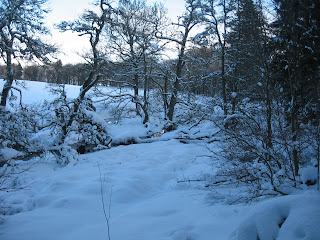 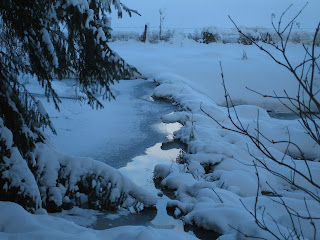 Now, here is a blog that is full of interesting information. The post on this blog is about Canadian beavers (Castor canadensis), but most of what is said applies to the Eurasian species.

The Eurasian species tends to build bank lodges or burrows, while the North American tends to build lodges in ponds, as described in the post (http://mtkass.blogspot.com/2007/07/canadian-beaver-pest-or-benefactor.html) 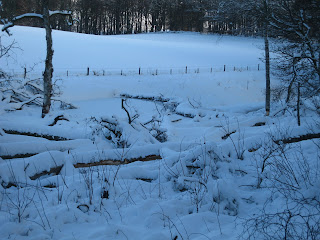 The recently felled trees, and it is hard to tell which they are in this picture as some were felled in past years, represent the beavers' larder for the winter. A friend asked if the beavers were well prepared for this hard weather. It is difficult to tell but, on the basis of what they have been felling through the autumn, I should say so. 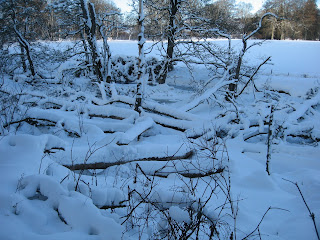