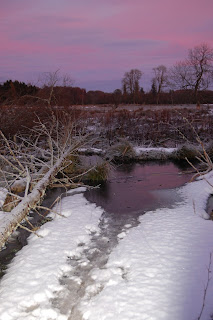 Beaver tracks leaving a pond at Bamff. The beaver has walked back and forth, dragging a stick on the return journey to the water. 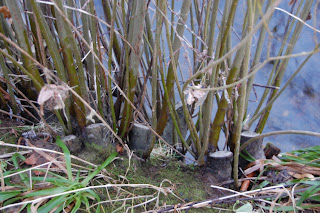 Here, on the banks of the Ericht, someone has cut the willow trees: no doubt those diligent fishermen. The coppice stools have sprouted young shoots, as you can see. 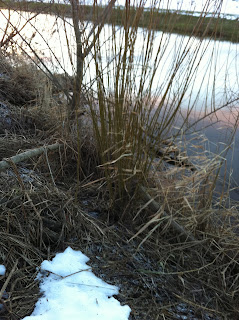 And here, on the River Isla not far from the Ericht, a beaver has done what the fishermen did in the previous photograph. What is the difference? The fishermen have cut the willows very low, leaving the new sprouts from the stool vulnerable to rabbits.
The fishermen have removed the bits of tree they cut, depriving the riparian environment of a habitat for fungi, liverworts and invertebrates of various kinds. The habitat has been impoverished.
The beaver usually leaves more of the stem of the tree it has cut. This means that the longer coppice stool has more chance of surviving the predations of rabbits. Apart from this the untidy beaver carries off some bits of tree to strip, and then consumes the bark. The stripped stick may bee incorporated into a lodge, or be left to decay - another way of saying that the stick is being recycled by fungi, insects et al.
Our campaign to save the free beavers of the Tay continues.
It was astonishing to learn that the Scottish Wildlife Trust supported the SNH's creature, the Scottish Reintroductions' Forum, in its demand that the free beavers should be trapped and, if necessary, shot.
We are relieved to have learned that the minister, Roseanna Cunningham ( rcmp.perth@snp.org),  has said that the captured beavers are not to be shot, but the report of the meeting of the Scottish Reintroductions' Forum confirms the belief that there is no space in zoos or wildlife centres in the British Isles for any but a few beavers. It would be good if anyone who reads this blog wrote to Roseanna Cunningham to express their dismay at SNH's proposals for the free beavers of the Tay.
I guess that Christmas and the New Year will put a stop to trapping for the meantime, but we must prepare in all senses for a renewal of our campaign in 2011. 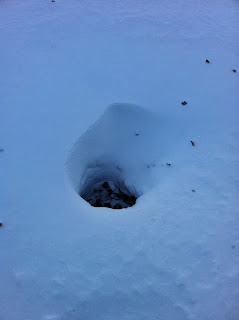