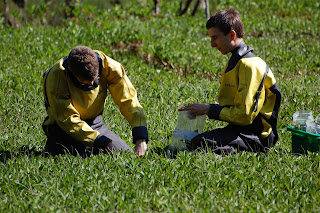 Alan and Cyril came from Stirling University to take samples of the vegetation in the ponds. As one can see from the surviving exclosures the bog bean is less abundant than formerly, but where there are spaces in the bogbean, horsetail is growing. So, it seems, less biomass but greater biodiversity.
I have learned since that horsetail (Equisetum spp.) has very extensive and deep growing rhizomes. These transfer nutrients from deep in the soil up into the plants themselves. Something interesting is going on here, I suspect. 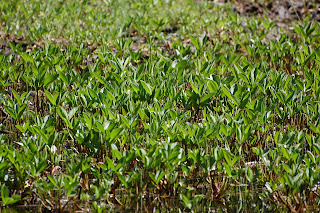 Here is a sward of Bogbean (Menyanthes trifoliata). 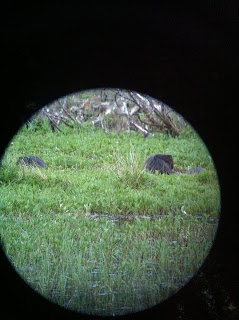 I can only make out three beavers in this photograph, but there was another one close by.
This past weekend we celebrated the tenth anniversary of the return of beavers to the Tay. 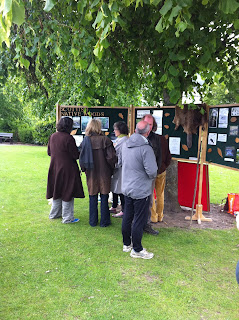 There was a good turnout, but best of all was the number of children who came to see our displays. 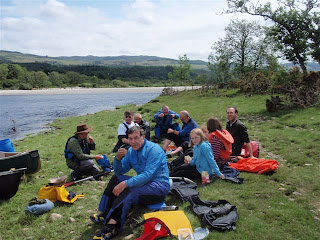 Some of us canoed from Ballinluig to Dunkeld. 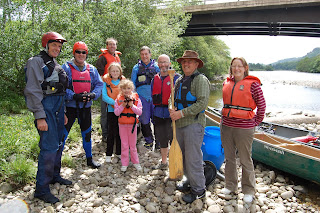 This photograph shows some of our party before setting off for Dunkeld. Hugh Chalmers, who sighted a beaver in the River Earn ten years ago is in the middle of the picture, wearing a red life jacket.
Posted by Paul Ramsay at 17:50