'The beaver is the state animal of the state of Oregon', said the immigration official. I was glad to learn this and, thanking the official for his benevolent attention, gathered my bags and set off to find my hired car. 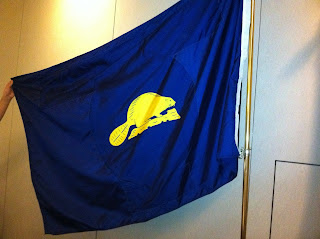 The next day I drove south along Interstate 5 from Portland to Canyonville and its Seven Feathers Conference Center, Hotel and Casino, the place of our meeting, 'The State of the Beaver, 2011'.
The podium of the hall where we met was flagged with the Stars and Stripes, the Oregon flag and a flag for the Seven Feathers' Center. My immigration official's assertion that the beaver was the state animal of Oregon was borne out by the beautiful, golden beaver that adorned one side of the flag. The other side depicted a covered wagon to represent the arrival of European colonists in the 1840s (or so) and the date of the establishment of the State. 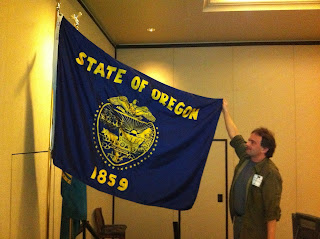 Duncan Halley held the flag and gave me a short account of the establishment of the State of Oregon.
Where to begin?
The Seven Feathers Hotel and Convention Centre and Casino is the property of the Cow Creek Band of the Umqua Indians, one of the many tribal groups native to the North-West of America. The Cow Creek Band recovered some of their land and were recognised by the government of the United States as having sovereign rights in their territory. Among the activities of the Cow Creek Indians has been the building and management of the Seven Feathers complex.
After welcomes from Stanley Petrowski, President of the Partnership for the Umpqua Rivers and Amy Amoroso, a representative of the tribe, Louis LaChance performed a ceremony.
Then, the presentations began and they were formidable in their style and content. Dennis Martinez of the Indigenous Peoples' Restoration Network (http://www.ser.org/iprn/default.asp) spoke eloquently about traditional ecological knowledge, the title of his talk being 'Climate Disruption, Beavers, Fire and Traditional Indian Land Practices.' He was followed by Donald Hey, Senior Vice-President, of the Chicago based Wetlands' Institute, whose presentation was entitled 'Nutrient Farming, The Business of Environmental Management.'
His talk was based on http://www.wetlands-initiative.org/images/pdfs_pubs/EcoEngCorrect.pdf.
Duncan Halley of NINA, the Norwegian Conservation Agency, gave a decisive rebuttal of the Scottish salmon fisheries' opposition to the return of the beaver to Scotland and concluded that the controversy over the return of salmon to Scotland had little to do with the ecological realities and a lot to do with sociology.
Michael Pollock, who was to have spoken about 'Beaver and Salmon, a Keystone Relationship' was most unfortunately unable to come to the conference.
Such was the first day of the meeting.
The following day, Thursday, 3rd February, Glynnis Hood gave a talk entitled 'Not too dry for beavers: Unexpected outcomes during unprecedented drought'. Glynnis's presentation included some fascinating aerial photographs that showed the increase in wetlands in an area of Alberta between 1940s and 2000, despite severe drought thanks to the return of beavers to the area.
Sherri Tippie, of Wildlife 2000, doyenne of the live trapper, translocators of the US gave a powerful and emotional account of her career as a humane relocator of beavers. 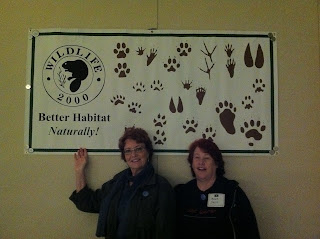 She had built some beautiful models of various devices that can keep culverts unblocked by beavers and so make it unnecessary to trap and move the animals.


The photo below shows a beaver deceiver of the kind that has been developed by Skip Lyle. 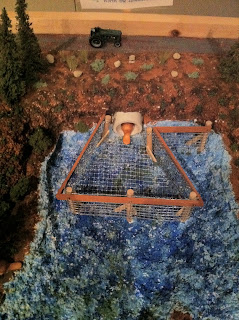 And these photographs show something like the Clemson Leveller. 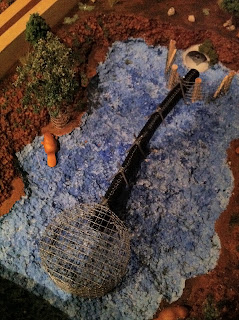 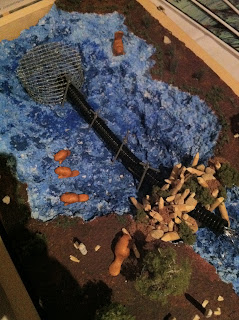 Next to speak was Heidi Perryman. She described her highly successful campaign in Martinez, California (home of John Muir), to prevent the trapping and removal of a family of beavers that had moved into the river....that runs through the town.

The rest of the photographs are illustrations of the river restoration project that I visited at Tiller on Saturday 5th February, but I am going to write about this in my next post. 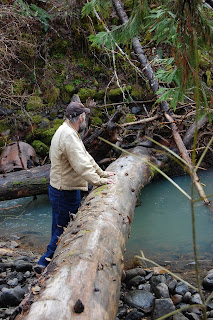 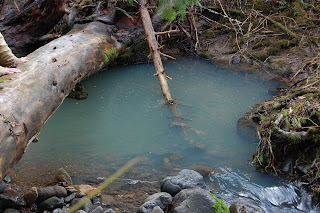 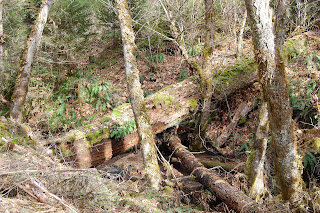 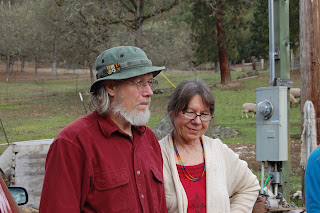 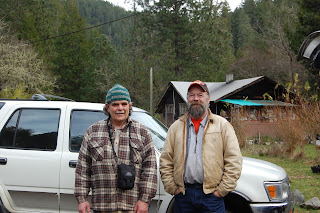 Doug Roberts and Leonard Houston
Posted by Paul Ramsay at 18:52