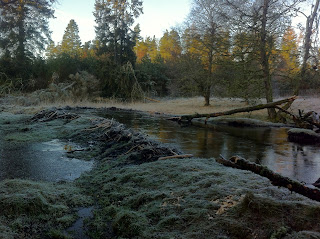 The tension is building. Stewart Stevenson, Environment Minister, is to pronounce on the fate of the free beavers of the Tay sometime soon. It would have been surprising if those guardians of our natural heritage the Scottish Gamekeepers Association had not trumpeted its hostility to any species of which they disapproved. Accordingly, today's 'Scotsman' has an article, fed to it by the SGA. I am glad to say that it does not disappoint.

'A hundred strong colony of foreign beavers are wreaking environmental havoc across Tayside, according to gamekeepers.' On it goes with a wild and fierce nonsense. What less was to be expected from the group that announced that White-tailed eagles would eat babies? 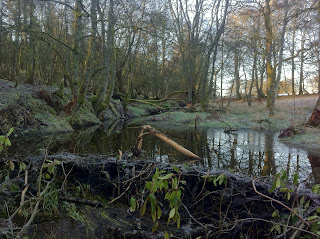 One of the new dams along the Burnieshed Burn. 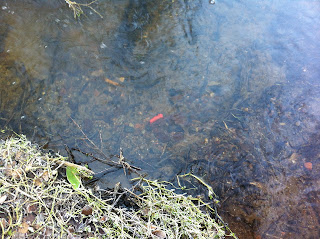 And just downstream of that dam a photo to show the clarity of the water. The orange object in the middle of the picture is an ancient plastic cartridge case. I removed it.