Clear Running Water in Streams and Canals Inhabited by Beavers

A correspondent wrote to say that he found the clarity of the water that I showed in a photograph in a recent post was interesting. It is interesting, but it is also the norm whether the water is flowing fast or slow. In slow flowing water it depends much more on what the beavers are doing. If they are dredging or building dams the water may be cloudy. Then again if there has been heavy rainfall and more sediments are being washed downstream, or off the banks where dams have overflowed round them, then turbidity may result.

Here are some photos I took this morning, a bright sunny day with frost, using a polaroid lens in my camera. They were taken in the burn below the Third Dam, which is east of the drive to Bamff House. 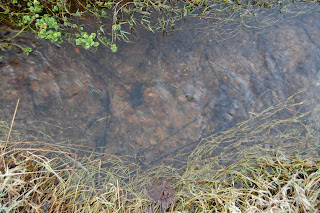 Not withstanding what I just wrote, this one was taken in the overflow channel below the Third Dam. The topsoil and grassy sward have long since been washed away and a gravelly bed remains. 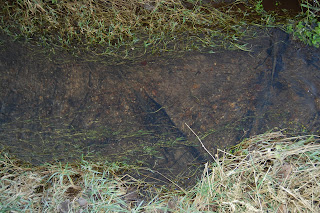 And so was this. 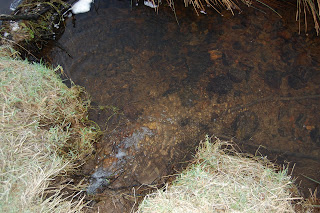 Now we have reached the main burn below the Third Dam and water is pouring into the main stem from an underground channel - the hyporheic zone? 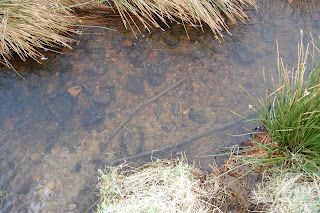 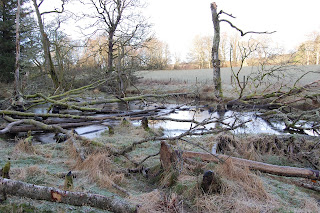 The pool above the Third Dam, whose southern end you see in the bottom right of my photograph.


After feeding the wild boar in the Burnieshed Den enclosure I sped on to Kinkeadly to feed the bêtes rousses and then to take a look around the Wet Wood.

These photographs were all taken in the canal that the beavers have dug to take water from the western pond in that enclosure down to the new pool. 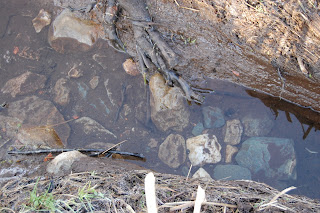 There has been no rain to speak of for a few days now, the water levels are dropping and the flow from the top pond is slower. Perhaps it qualifies for lentic? 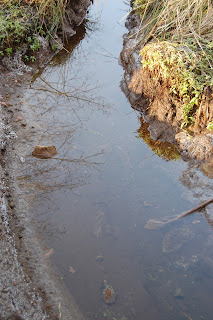 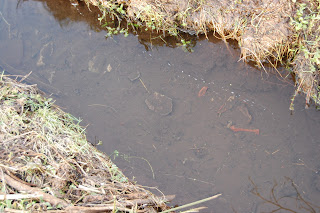 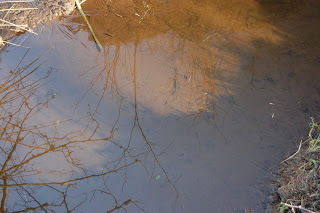 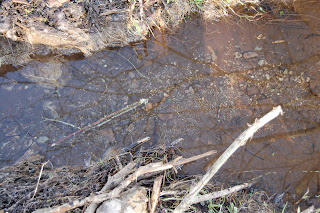 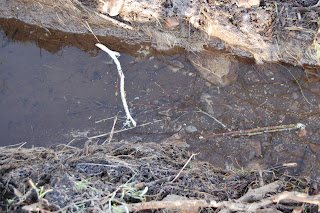 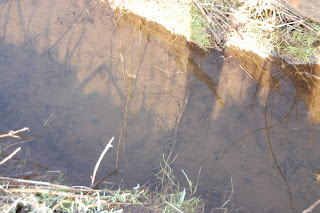 All the same the water is clear. 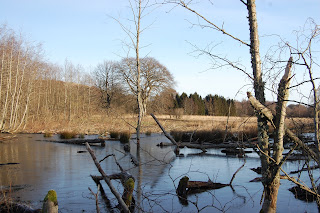 You can make out the line of the Long Dam where the water ends in the middle distance.

Back to the Pond enclosure for this last photo: 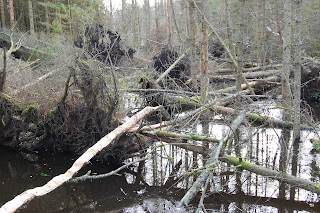 I am still astonished by the gymnastic abilities of the beavers. In this case a beaver has clambered along a fallen birch to gnaw off the bark. Did it jump into the water at the top of the stem, or did it back down to the bottom left corner of the picture?