Nearly a month since my last post. How can this be? Not for loss of interest, that's for sure. August is a month for visitors and so, I suppose, it is less easy to catch photographs of the beavers themselves.

Here are photographs of Owen and Sharon Brown from Beavers, Wetlands and Wildlife in New York State. We were delighted to have a visit from them and to learn a little of their long experience with beavers in the USA. 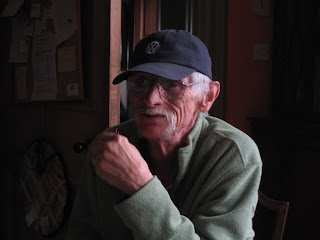 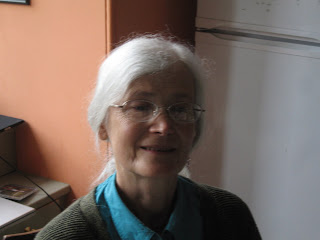 Now, however, we are into September and autumn is with us. This is the time of year when beavers prepare for winter and are working on dams and lodges. It would be nice to think that autumn was not just yet, but outside I hear the tail end of hurricane Katia blowing itself out on the western shores of Eurasia and am convinced that this is autumn.

If this is autumn, where was summer? 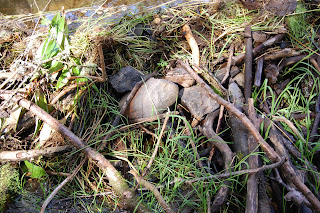 This is one of the newest dams along the Burnieshed burn. It has a surprising amount of stonework in  one part of it. For a while I wondered if the dam was the construction of Chris Schiffer and his friends and had been built as a cooler for beer, but as time went by, and as the work developed, I saw that this was all the work of the beavers. 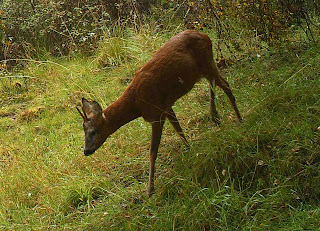 I was pleased to catch an unintended shot of this young roe buck in my trail camera: the instrument had toppled over on its support and photographed upside down, the opposite direction from that intended.