A Visit to the Wet Wood 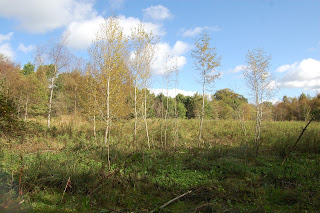 Since I last posted the beavers have been busy with the aspen. When Kevin Jones was working on his PhD thesis he counted about 75 stems of aspen, the suckers of the original 12 trees that were planted in 1992. 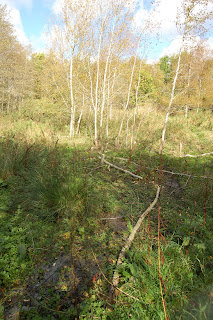 All but 18 had been cut when I took these photographs on the 26th September 2011. 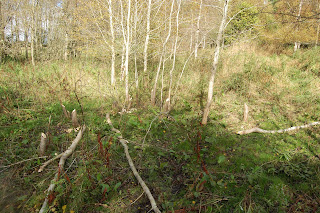 For the most part the stems had been dragged away, but a few had been left. 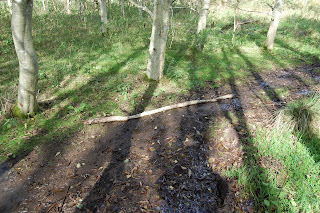 This is the path that leads from the aspen clump to the western pond in the Wet Wood. It is along this path that the beavers have dragged the felled aspen stems to the pond. One stem has been discarded. 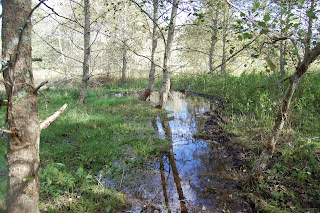 Debouching from the small pond is a canal which is punctuated by, a series of little dams that serve as locks. This dam, however, has been extended to make a pool. 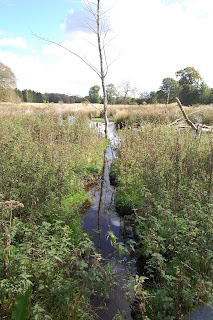 Here, you see the canal as it flows towards the pond that lies next to the pond excavated by John Lister-Kaye in September 2001. 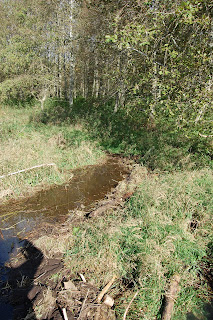 This photograph shows the newly extended northern end of what we may call the Long Pond. With its new extension this dam is around 110 metres long. Is this a record for the British Isles? 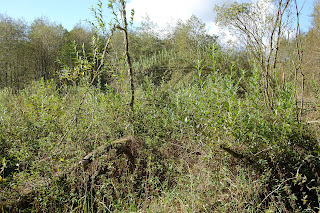 New coppice growth from grey willow in the Wet Wood. 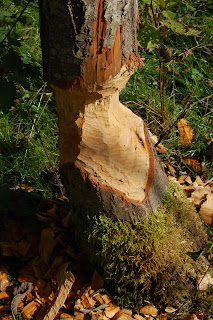 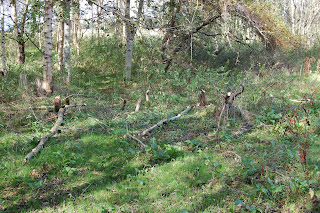 And here we are back at the aspen grove. Let us look forward to the suckering next spring!