Last Words about the Dubengiai Experience

This a photograph, taken by Christof Angst from Switzerland, on the day of our excursion, Wednesday, 23rd September, to visit beaver sites near Dubingiai. 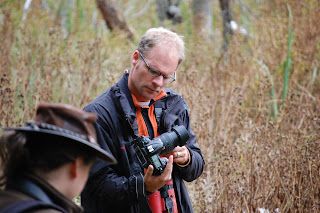 Christof is seen here talking to Jorn van den Bogaerts. Christof has experience of the reintroduction of lynx to Switzerland and was most interesting in describing this, including the complexities of dealing with farmers in the Alps. 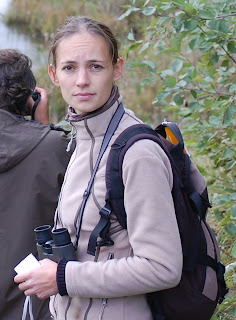 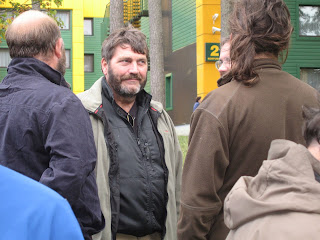 Jørn Pagh Berthelsen stands facing us. He is talking to Derek Gow and Jorn van den Bogaert. someone else is in the group, but I cannot see enough of his face to make out who he is. 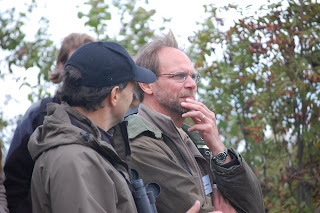 Duncan Halley from NINA, the Norwegian Nature Conservation organisation is talking to Göran Hartman, but what are they discussing?
No doubt it is something that came out of one of the presentations. Perhaps they are discussing the apparent decline of the Canadian beaver in Karelia relative to the expansion of the Eurasian species in that area, as presented by one of the Russian colleagues?
The talks were full of interest and ranged from the beaver's palaeontology, dispersal and population, reintroduction, effects on river systems in a geomorphological sense, their impacts on fish and so forth.
In an earlier post I was disparaging about the SNH presentation, but it was good that so many British people from the official project in Scotland came to Lithuania because we all need to learn about beavers from our fellows in Eurasia and North America: they have a long experience of beavers and their management, most of it relevant to us in the United Kingdom.
Posters hung on the walls of the main conference room. They were highly informative and some were beautifully designed. 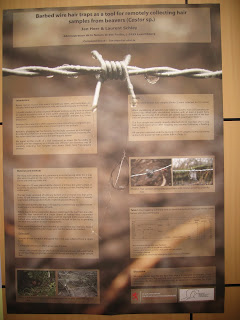 This poster from Luxembourg won the poster competition 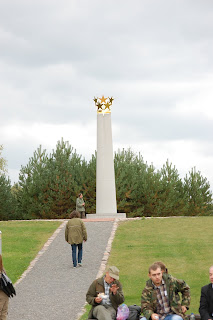 The excursion ended with our arrival at what some French geographers decided was the geographical centre of Europe.
There was, of course, much discussion about this, but not enough time to reach a resolution because some of us had to catch a train from Vilnius.
Posted by Paul Ramsay at 18:16