A dry spell for a change! Izzy Tween, a fourth year student from St.Andrews, came to survey the invertebrates of the beaver pools in the Burnieshed Burn. She needed a comparable ditch as a control, so I suggested the only ditch that is comparable. 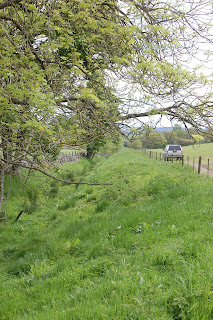 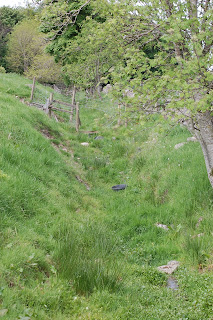 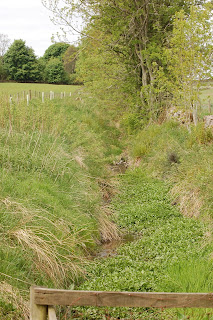 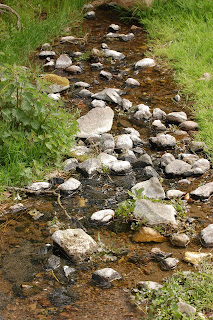 And here are some photographs of the corresponding stretch of former ditch inhabited by beavers on the south side of the Big Burnieshed Field, as we call it with our creative imaginations: 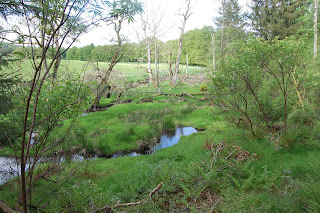 This photo was taken on the 2nd of June, already a time of drought. 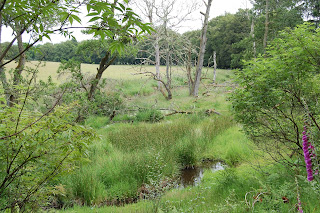 As you see from the foxglove on the right, this photo was taken in July. 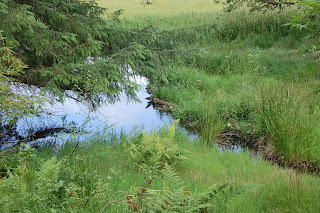 Starting to post again after a gap of more than a month is difficult: so much has happened it is hard to know where to begin.