The news that peewits were breeding here at Bamff, and that their chicks have now hatched, was very exciting. All the more so because the place the pair chose for their nest was a wet patch in a field that has grown as a result of the beavers' activities downstream. The return of wetland birds, such as the lapwing, whose numbers have been very much reduced in the British Isles in the last thirty years is most welcome.

I nearly forgot to say that peewits have not bred here for at least ten years. Having said that there is a long way to go between hatching out some chicks and having them fledge and fly away. 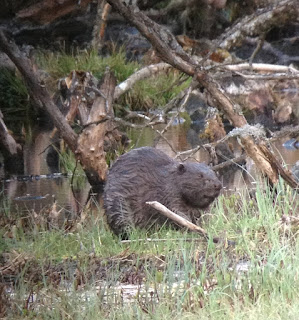 A recent digiscoped photo of a beaver in the Big Pond area. 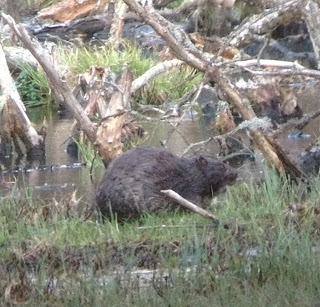 The same animal a few moments later. These photos were taken with an iPhone looking through a telescope. Later they were cropped to remove the vignetting. 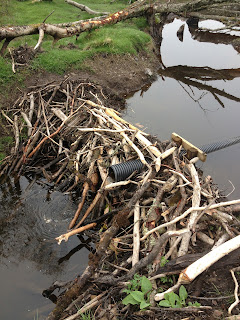 Another effort at a pond leveller: the outlet is too near the dam, I think. Some time we shall attach another length of pipe to it to protect the outlet from being stuffed by beavers when they have added to the dam.