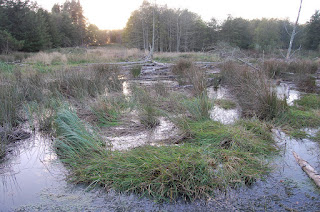 The wetland to the west of the Longest Dam is spreading though, curiously, the pool was dry at the northern end of the dam. 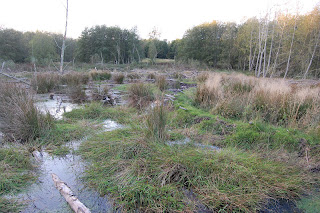 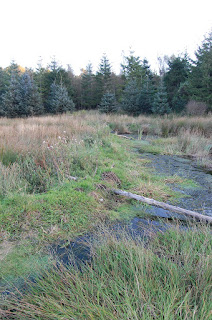 Here is the same dam on the left of the photo, looking South. 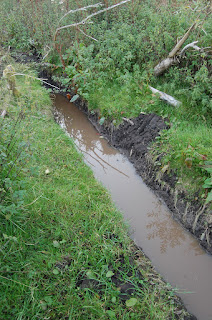 The canal that runs in a westerly direction from the pool caused by the Long Dam is looking fine and has water in it. 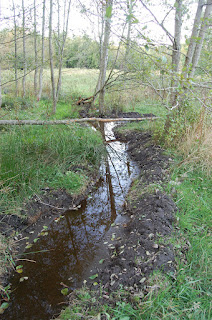 This is a new canal, running northerly to the edge of the low ground in this wetland. 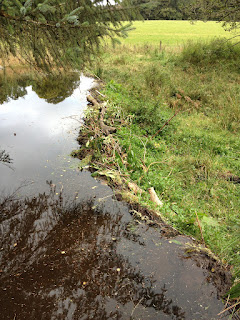 This is the Middle Dam along the Burnieshed Burn as it runs East of the drive. A canal runs out of its southern end. This used to be a couple of metres long, but has recently been extended, as you see from the photo below. 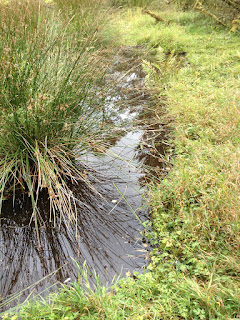 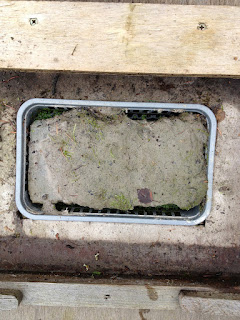 Still no sign of mink in this clay box. 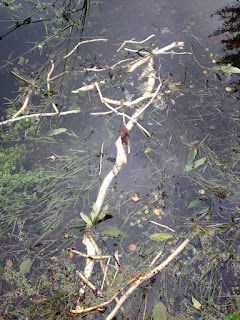 Stripped twigs - Autumn is with us. Not that beavers don't eat the bark of twigs in spring and summer, but they seem to me to do so particularly more in autumn and winter. 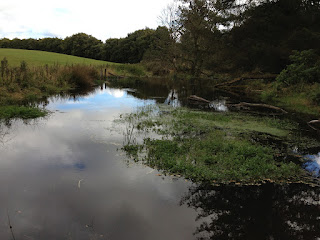 The mid dam has been added to and the water level in this pool has risen.