A Château at Réalville and on to Vercors

A month without a post is unheard of in the history of this blog.

Louise and I went to France for a fortnight. We spent the first week in a delightful château (the Château Martel, Réalville)  that has been restored by Rupert and Mary Stewart-Cox. It is about an hour north west of Toulouse. 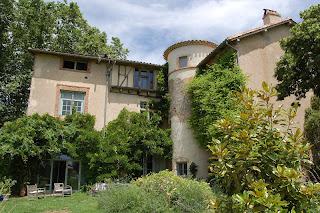 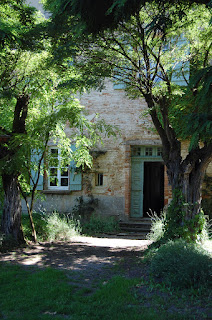 The company was pleasant and the week passed quickly. On Saturday, 23rd June, we travelled to Grenoble, hired a car, and drove over the pass, the Col de Rousset, to Chamaloc, which is a little way north of Die in the department of the Drôme.


We met our friend, Jean-Pierre Choisy, at Le Touron, the auberge in Chamaloc, where we stayed. Jean-Pierre led us on an astonishing tour of the area.

Here, for example, is a dam built by beavers entirely of stone. 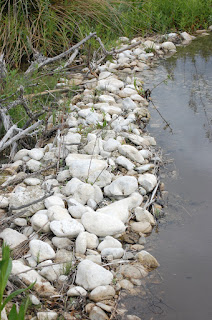 Below is a beaver, living in a deep cut stream, not unlike the Dean Water in Angus. We met someone who had seen kits earlier that evening and had meant to spend the evening painting beavers in water colours. 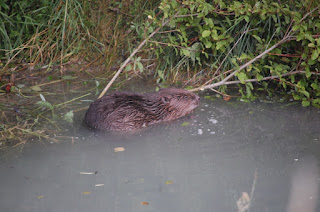 Forested mountains, vineyards on the slopes and ripening grain. In the midst of all this wolves and lynx are returning. Beavers are expanding their range up the little streams. The griffon and bearded vulture are being returned, as is the ibex. 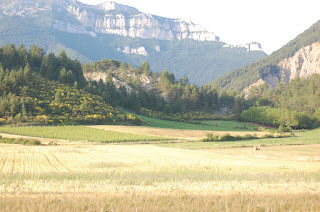